In rural Oregon, we know that building a better world together is only possible through forging strong community relationships, building networks, breaking isolation, and Taking Risks. In this month’s episode of Rural Roots Rising, you’ll hear from Suzanne Pharr, a movement elder and the founder of the Arkansas Women’s Project, and Zachary Stocks, an organizer, former Rural Organizing Fellow, and the new Executive Director of Oregon Black Pioneers. They explore the importance of pushing the envelope to open up space for others to join the conversation, from documenting KKK activity and murders of women to working with museums to become spaces where the most pressing community issues are meaningfully grappled with.

Listen to Taking Risks now on your local community radio station, at ruralrootsrising.org, and anywhere you can subscribe to podcasts! 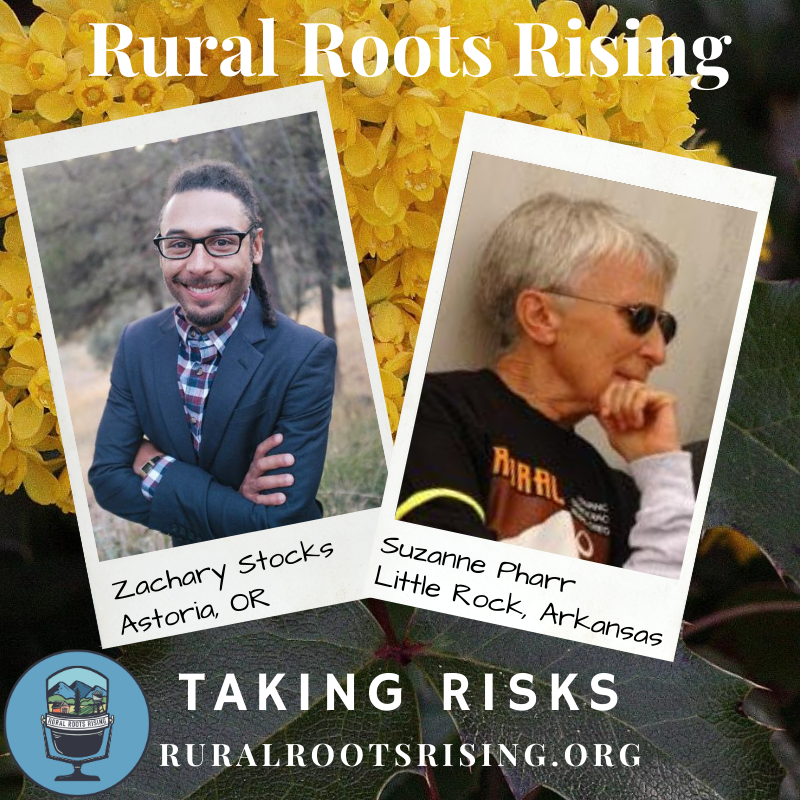 Suzanne Pharr, an inspiring community organizer and movement elder whose decades-long career includes co-founding the Arkansas Women’s Project and writing the books Homophobia: A Weapon of Sexism and In the Time of the Right, shares about her work forming the Women’s Watchcare Network. The statewide network documented violence against LBGTQ+ people and women, and tracked attacks on people of color, Jewish folks, and the activity of far-Right groups like the KKK. Because of the work of publishing their documentation in reports, the Women’s Watchcare Network did huge amounts of local and national education that eventually led to the FBI classifying attacks on folks based on their gender and gender identity as hate crimes. Suzanne’s work eventually brought her to Oregon in the early 90s and together with Rural Organizing Project’s founder Marcy Westerling, Scot Nakagawa, and Pat McGuire, they hit the road throughout rural Oregon, meeting people and discussing what is politically possible, leading to the formation of ROP!

Zachary Stocks shares the story of how his passion to make museums dynamic spaces accessible to everyone brought him into community organizing. Before Zachary was at Oregon Black Pioneers, he was a part of ROP’s first Rural Organizing Fellowship where he created Oregon HORSE, Heritage Organizations for Rural Social Equity. Zackary shared with us how his experience creating Oregon HORSE pushed him into brave spaces and helped him build relationships across the state.

“I learned that I’m actually capable of doing this work. Because without having that organizing background, I was really nervous if I was going to be able to show up and have conversations like this with museums, if I would ask the right questions… A lot of the things that I thought that I didn’t know anything about I actually did, it’s just I didn’t call it organizing. Or I didn’t use the language of organizing.”

Much like the Women’s Project’s work of raising awareness and creating space for others to join the conversation, Zachary Stocks started Oregon HORSE to build networks of support, ensuring rural museums are welcoming spaces where community members can discuss what’s happening in the community and join together to take action. 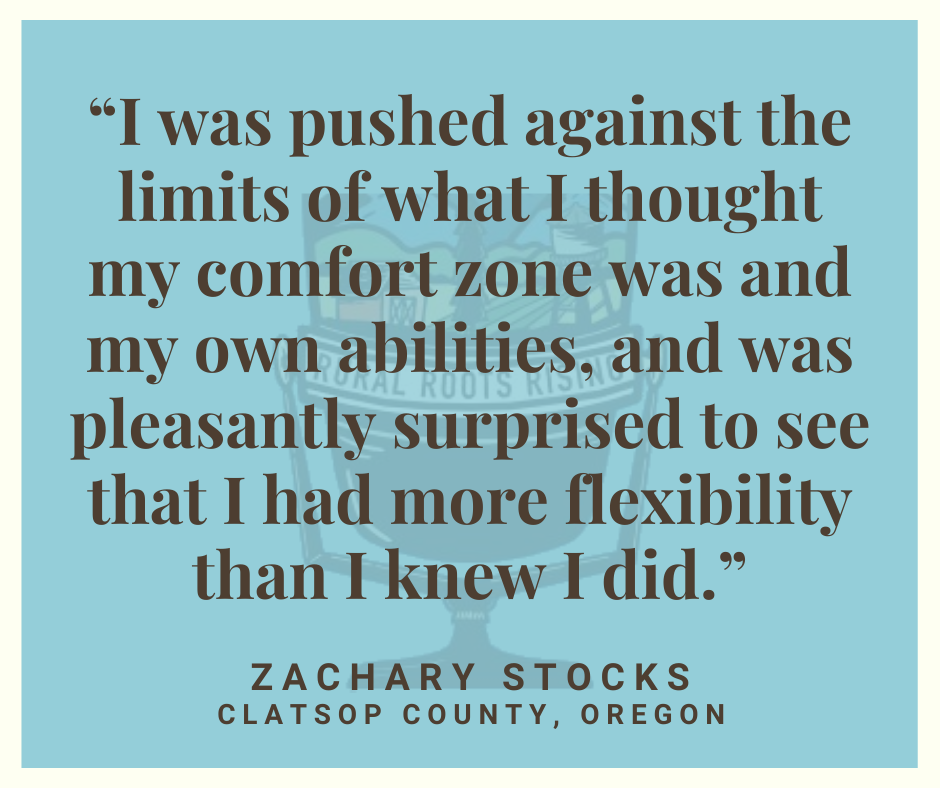 Do you have comments, ideas, and reactions? Send them to us at emma@rop.org! Rural Roots Rising episodes are ongoing conversations with listeners. We want your feedback to help us enrich our content and improve our work! Together we can build community media!

Share Rural Roots Rising with your human dignity group, book club, and local radio station! Really revved up? Host a listening party with your friends and discuss the episode together.

Are you inspired to unite with your neighbors around a common goal? Ready to push the envelope on a conversation that needs to happen in your community? Want help getting started? We would love to be thinking partners with you. Reach out to me at emma@rop.org and let’s get to work taking risks together!