Much is happening out at Standing Rock right now. Drilling under the Missouri River has begun, and Standing Rock Sioux Chairman David Archambault II recently told reporters that he landed in Washington DC en route to meet with the Trump administration to learn that the Army Corp of Engineers granted an easement that allowed for the construction of the Dakota Access Pipeline. The rural Oregonians who recently went to Standing Rock have stories to share about their experiences below, including guidance from Indigenous and Native leadership about how we carry on the fight for clean water.

There’s so much happening at a dizzying pace at the national level that could make one despair. However, we have been astounded by the thousands of newly politicized people showing up for the first time in rural Oregon. Emergency rallies in solidarity with Standing Rock and local campaigns to move money out of banks that will profit from DAPL are happening across the state and the country. Check out our Facebook page for events near you — and if you’re planning a local event, let us know so we can share it out!

Folks from across the political spectrum are taking local action to protect and defend their neighbors, to hold their elected officials accountable, and to build community resilience. On Monday, February 13th at 6:30PM PST, ROP is convening a conference call to broadly share what is happening in communities across the state, ideas for campaigns, and to strategize about ways to build movement infrastructure that will last for the long haul. Click here to register!

We are humbled and honored to have been able to facilitate getting two incredible teams of rural Oregonians out to Standing Rock to offer resources, skills, labor, gratitude, and to demonstrate that Rural Oregon Stands With Standing Rock! It was only possible because of the solidarity of rural Oregonians through fundraising events, gear drives, and generous donations from small towns and rural communities who know water is life. 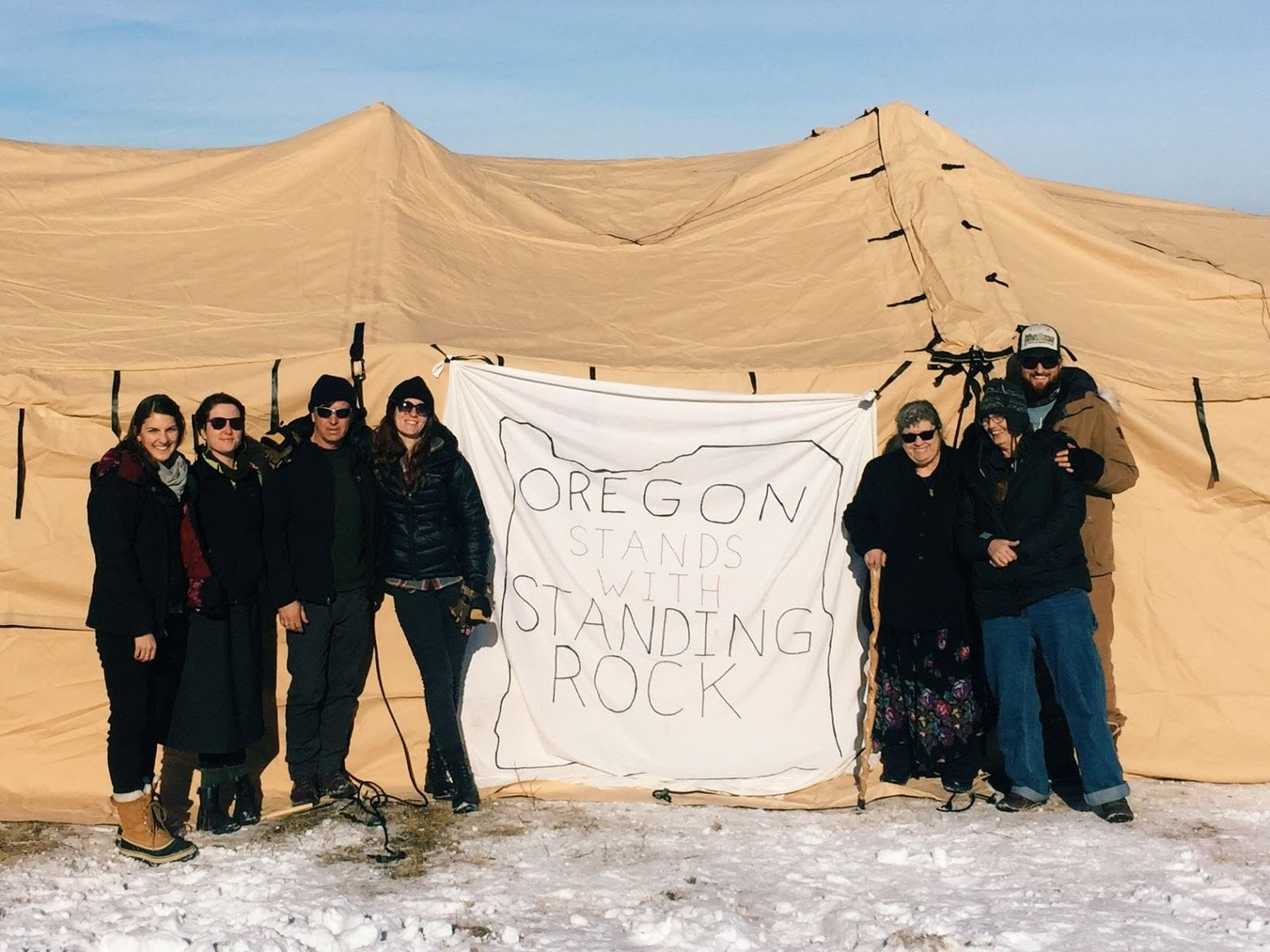 This report was written up by Hannah Harrod, ROP Organizer, who helped coordinate the contingent of rural Oregonians going out to Standing Rock. You can email Hannah at hannah@rop.org.

Over the last two months, the ROP network has helped send two contingents of rural Oregonians to Standing Rock to bring our collective solidarity, labor, and resources to bolster the courageous work of the water protectors, and to demonstrate that Rural Oregon Stands with Standing Rock! All of us were strengthened by what we witnessed and experienced at Standing Rock. We have come home eager to share our experiences to strengthen the fight against the Dakota Access Pipeline (DAPL) and our movement for human dignity and justice in here at home.

All of the $25,000 that was donated to send our teams of rural Oregonians to Standing Rock went directly to donations of supplies needed for the camps and to the costs of travel for the teams. Four large tents were purchased and donated, including insulation and wooden flooring. $1,500 was donated toward the rental of flatbed trucks to assist in moving the Oceti Sakowin camp to higher ground. Gas gift cards were donated to women leaders at Oceti Sakowin for emergency evacuation of elders, women, and children from the camp if needed. We purchased tools and other much needed items that were needed to assist with various projects in the camps, including construction. The remaining funds were spent renting large trucks and used to transport the firewood, propane, tents and other supplies. 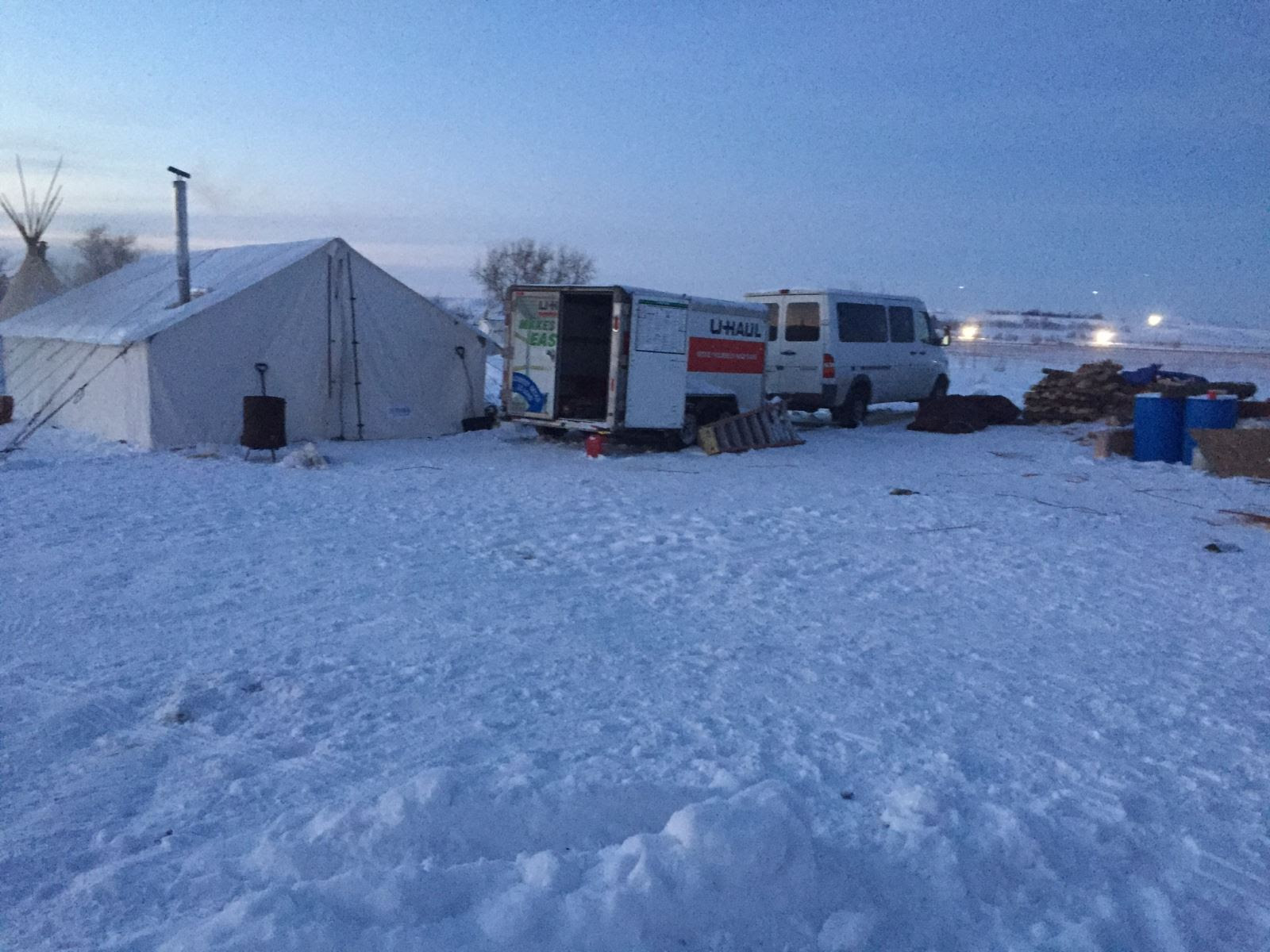 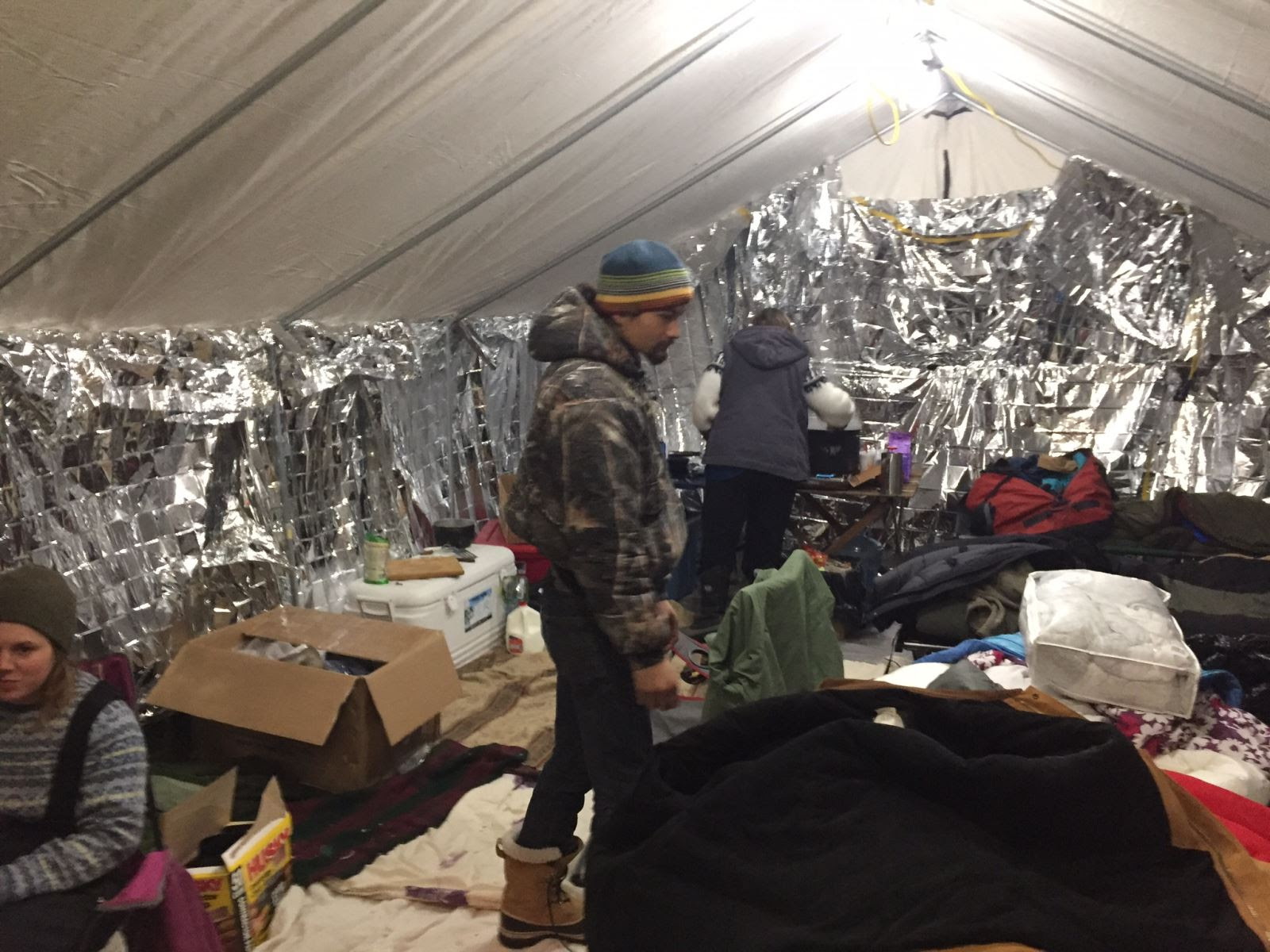 While working in Oceti Sakowin, the largest of the three Standing Rock encampments, a few people from one of our contingents were invited to join the women’s meeting. The women in the room were sharing updates and discussing next steps for the Oceti Sakowin camp and for the Standing Rock movement as a whole. During the meeting, one of the Lakota Sioux leaders urged us all to see the movement at Standing Rock as part of a growing movement across the nation. She stated that while there is still so much work to be done at Standing Rock, we need to understand how our fights are interconnected and how we must partner with each other to fight corporate greed and environmental destruction everywhere.

We felt an incredible connection between the fight against DAPL and fights we are seeing around the world, including here in rural Oregon. From the unprecedented resistance to the Dakota Access Pipeline to the growing fights against the Sabal Trail and Bayou Bridge Pipelines in Florida and Louisiana, and the powerful work here in Oregon that has (so far) stopped the Jordan Cove Energy Project and LNG Pipeline, our unified efforts must continue until those who hold political power no longer prioritize the short-term profits over the well-being of the community — people and planet. As we work in solidarity with each other across the US, we gain new organizing strategies, tactics, and tools that make our movement stronger. The fossil fuel industry is working to line the pockets of the few, but we are working on behalf of each other, the planet, and the generations to come.

On January 24th, Trump released a presidential memorandum directing the Army Corps of Engineers and other relevant Federal agencies to expedite reviews and approvals for the remaining portions of the Dakota Access Pipeline. You can read the full memorandum here. Following that, US Senator John Hoeven released a statement on January 31st declaring that the Acting Secretary of the Army, Robert Speer, has directed the Army Corps of Engineers to proceed with the easement needed to complete the Dakota Access Pipeline, which will enable DAPL to continue with the project and finish the pipeline construction. You can read that full statement here. On February 7th, the Army Corps of Engineers announced that they would grant the easement necessary for construction that was suspended in December while an Environmental Impact Study was conducted. Now the drilling has begun under the Missouri River.

As the Trump administration works to reverse our environmental victories and to revive or push through new pipeline projects, it becomes increasingly essential that we fight these projects in our own backyards, even as we increase our solidarity efforts across state lines. Over the last weeks, rural folks all across Oregon are declaring that our communities will be safe and welcoming for all of us, that we will protect the land and water, and that we will organize together against any efforts to harm or divide us. From inspiring marches of hundreds or thousands to small, powerful gatherings in living rooms and parks, we are making it clear that we are united and we are not going anywhere.

At Standing Rock, the water protectors continue to send this same message, despite the presidential memorandum and the drilling under the Missouri River. And all around the nation, wherever pipelines projects are underway, there are people gathering to resist and the movement continues to gain momentum. As Native leadership at Standing Rock has urged us to do, now is the time to continue our efforts at every level to resist corporate greed, to protect the earth, and to build democratic and inclusive communities.