Every year at the Rural Caucus and Strategy Session, ROP gives out three Human Dignity Awards to groups where individuals that have shown exceptional leadership in their organizing in the past year.

This year, with so much incredible organizing happening it was hard to pick just three, but we managed! Read on to meet our 2012 Human Dignity Heroes!

** This ROPnet is the next in a ongoing series bringing you highlights from the Caucus, held May 11-13 in Woodburn. Stay posted for more updates in the coming weeks! 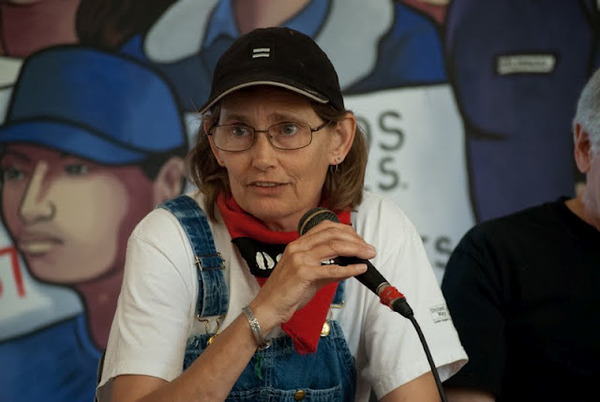 Dancer Davis & Jeri Benedetto‘s years of hard work in Douglas County prior to the Occupy movement has paved the way for Occupy Roseburg to hold so much space in their community. Dancer and Jeri are “the grandmas” that cook and haul the goods for Feed the ‘Burg every weekend, camp out to make their voices heard, and they know how to have fun — they dressed up as the 1% and paraded to all of the downtown banks to publicly thank them for keeping them rich on May Day.  Everyone at Occupy Roseburg loves and respects “the grandmas” for their empathy, creativity, and organizing wisdom and experience.  7 years ago they joined us at PCUN for our famous Walk for Truth, Justice, and Dignity.  Today, we are giving them this award to recognize their YEARS of incredible rural organizing!

(Photo: Dancer Davis speaking at the Occupy Breakfast at this year’s Caucus.)

Mujeres Latinas Luchando por el Pueblo: ROP first met these incredible women at our rural Latino leadership last year in 2011.  A group of half a dozen Latina women, the major 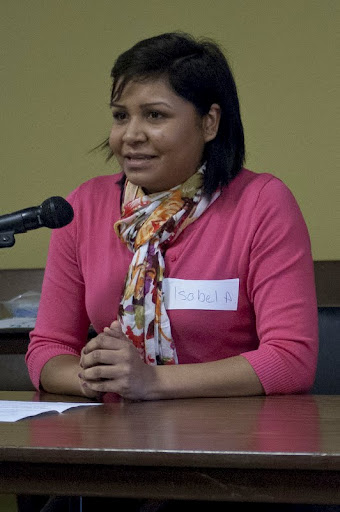 ity youth, they knew what they wanted and how to get it. They first started organizing when the Catholic church in their hometown, Dayton Oregon, was threatened with closure.  San Martin, established to serve the farmworker community, is the only Catholic church 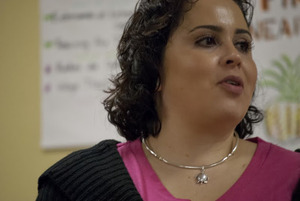 in Oregon that is entirely Spanish-speaking.  They traveled to the Vatican, and succeeded in saving the church! In March, they hosted ROP’s second annual Latino leadership retreat at San Martin.  In May, they hosted their second 2-day immigration conference with over 100 total participants.  They offer workshops and resources that meet the needs of rural Latinos living in very difficult times, at the same time that they organize for long-term systemic change. They are developing young, vibrant, courageous community leaders, and making huge strides towards that world of justice and dignity that were all fighting for.
(Photos: Isabel Alvarez and Maria Sandoval, who represented MLLP at the Caucus) 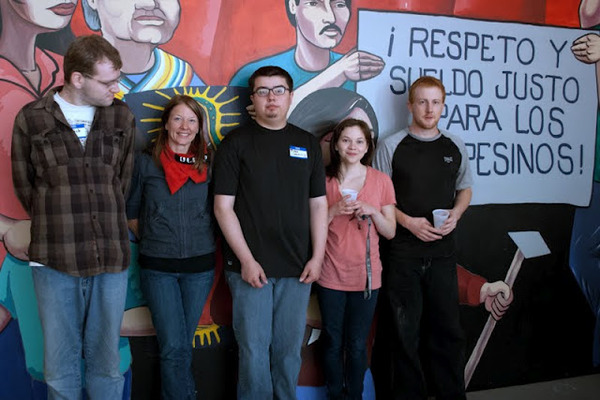 Occupy Klamath: For years Klamath County activists have kept a progressive voice present in their community. During the Iraq war, hundreds marched in downtown Klamath Falls.  When Occupiers took over Wall Street, Klamath county activists took up the call. In the fall, over 40 people gathered for a think tank that lead to the permanent establishment of Occupy Klamath.  They organized a march down Main Street where they marked closed store fronts with black balloons and cleaned the street as they marched. Since then, Occupy Klamath has maintained a strong presence in their community. They supported teachers by collaborating on a “grade-in” day of action, helped stop the privitization of their school busses, they’ve organized community workgroups, and now they are now getting a free school started. Occupy Klamath has tapped into a long history of progressive activism in their communities and now are a model for small town Occupy work. We honor you for your work for human dignity in rural Oregon. 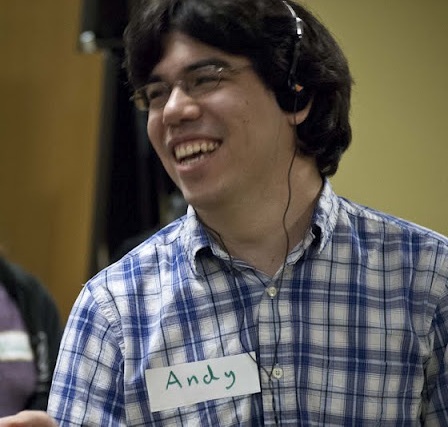 the Caucus, we also bid goodbye to Andy, our a friend and co-conspirator who has been our organizing intern for the past nine months.  Coordinating an organization made up of 50 member groups throughout the entire state of Oregon is not an easy job, but Andy has been there to help us along the way.  Growing up in Nyssa, in far eastern Oregon, we are glad that you made it all the way to ROP to be with us during this past year. Andy, we hope that you have enjoyed your time with us, that you have learned some of the skills and knowledge that you came to us to find, and we wish you the very best for your next chapter.