Like you, we are grieving, shocked, and heartbroken by the shooting at an Orlando LGBT nightclub on Latinx night. 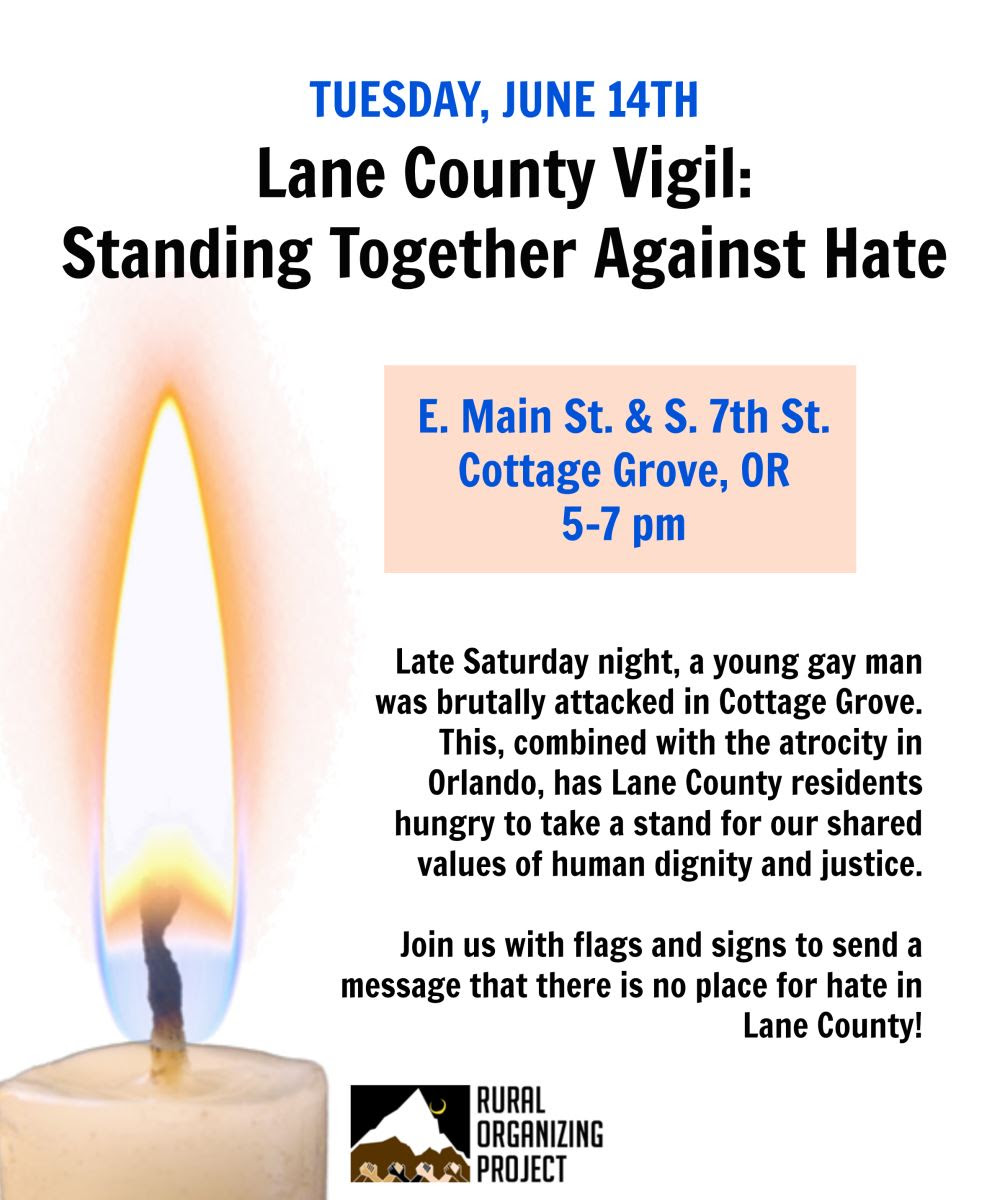 The grief is compounded by the news of a hate crime late Saturday night in rural Oregon.  A young gay man was brutally assaulted in Cottage Grove, his attacker repeatedly referring to his sexuality during the beating.  Thankfully he is going to make a full physical recovery, but the community of Cottage Grove is reeling.  Tomorrow folks are converging in Cottage Grove for a Lane County-wide vigil: Standing Together Against Hate.

Questions of security and safety are on the news as yet again the media races to share details faster than they can confirm them.  An Arab-sounding name has been reported, inspiring yet another round of Islamophobic speculation and calls for the state to crackdown like after 9/11.  The Christian Right, who have introduced and pushed over 200 anti-LGBT bills in the last six months, took no time in suggesting that the shooting in Orlando was a warranted repercussion of biblical proportions.

What do we, as rural Oregonians with a strong moral compass, do in these moments?  When our neighbors are under attack, how do we redirect the anger at injustice away from vengeance and toward building stronger community that holds all of us closely, and the most vulnerable in our communities the closest?

In times of insecurity and fear, it is easy to blame, target, or scapegoat others. In fear, it is easy to seek domination and control rather than to seek mutual respect, accountability, and caring. It is hard to love our communities so much that we are willing to fight to keep them together, living and practicing our democratic values.

As the stories, speculation, and backlash unfolds this next week, we invite you to reframe the conversation with your human dignity group and for your community.  Let us ask ourselves and each other, “what does it mean to build beloved community in times of fear and division?” At our Rural Caucus & Strategy Session, our keynote speaker Carla Wallace reminded us that when Dr. Martin Luther King, Jr. spoke of beloved community that “he was speaking of you, of us, as the collective expression of human dignity, human rights and a fierce NO to fear, marginalization and division. A YES to being with and for one another.”

Human dignity groups are moving their values into action. 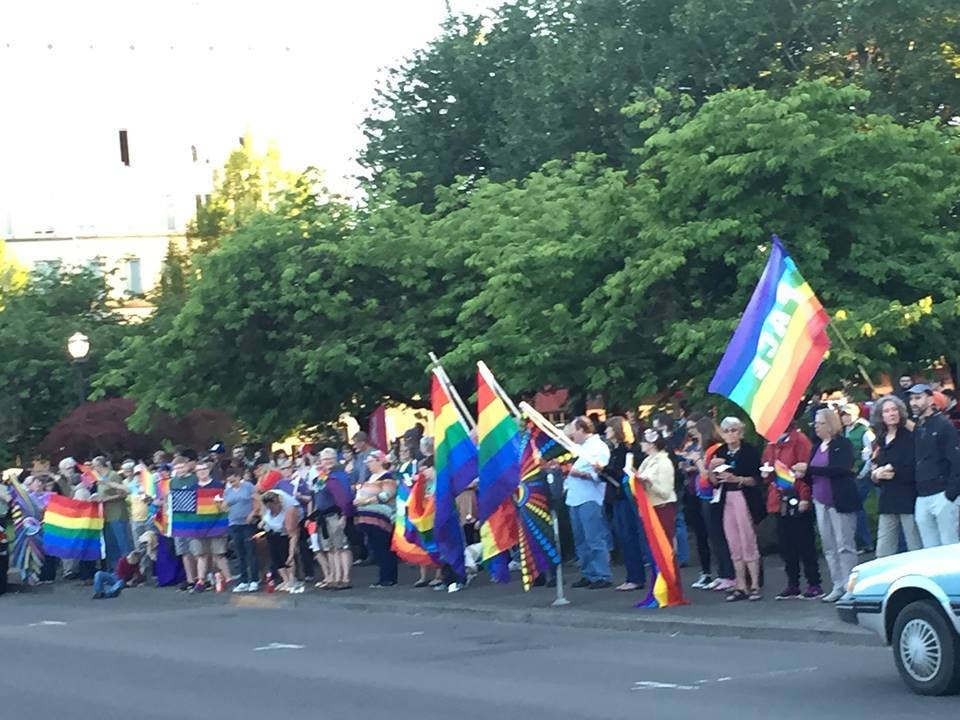 Hundreds came out to vigils and memorials in Corvallis (over 100 folks showed up with just a few hours notice – photo to the right), Astoria, Portland, and Eugene yesterday to stand together against hate. Vigils are popping up across the state, from Wallowa County to Cottage Grove.

Folks across the country are grieving in isolation. This is a powerful moment to reach out to each other, to make sure we’re taken care of, and to build community. Here are a couple ways human dignity groups are organizing in this moment:

Organize a vigil.  Create space in your community to grieve, to remember those lost, and unite under our values of love and inclusion is a real way to start building security for our communities.

Hold a living room conversation.  How can we help lead our communities toward conversations rooted in compassion and human dignity to minimize racist and/or Islamophobic backlash? Start with your human dignity group or a network of friends and family. Have a conversation where you start with the question, “what does it mean to build beloved community in times of fear and division?” Click here for an overview of Living Room Conversations which includes why we use it as a tool to build analysis, and tips so you too can hold a successful Living Room Conversation.

In moments like this, the confusion, fear, anger, and grief can feel overwhelming. But we also know that in joining together with our friends and neighbors we can overcome the differences that divide us, and we can create the communities we want and need. It is easy to feel isolated and alone in our towns, especially right now, but we remember that we are part of a living and loving movement for human dignity with all of you, and movement that grows brighter in the face of adversity. That is something we are inexpressibly grateful for.