On Saturday, January 20th, thousands took to the streets to mark the anniversary of historic protests against Trump’s inaugurations — and many were thrilled to see even bigger turnout this year! While marching and rallying for justice and democracy, many local organizers were surprised to see the faces of neighbors and friends who were demonstrating for the first time in their lives. Check out a roundup of the actions across rural Oregon below!

From Curry County to Wallowa County, folks marched in the winter weather for justice and democracy. Despite snow and chilly temperatures, over 150 people marched in Joseph. The Womxn’s March in The Dalles brought out 450 people to rally and march — turnout that is 9 times bigger than last year’s! With record-breaking turnout, this moment clarifies how many of our neighbors are looking to take action and to demonstrate their values in public. Organizers from many of these inspiring actions will come together to strategize at the annual Rural Caucus & Strategy Session on Saturday, May 19th in The Dalles. Email us at hannah@rop.org to let us know if you’re saving that date and want to be notified when registration is open!

Want to share your action stories and photos with the rest of the state? Email us at hannah@rop.org!

Here’s to the next year of bold rural organizing!

Over 3,000 people marched in Corvallis — twice as big as last year’s turnout!

Both Brookings and Port Orford had marches. More than 180 people turned out in Port Orford alone!

More than 200 rallied in Roseburg!

Over 200 people participated in Klamath Falls!

More than 350 people marched in Pendleton! 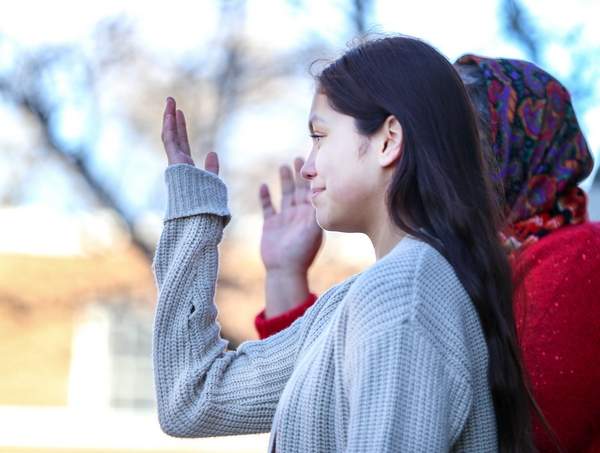 150 people (and a few critters!) marched in Joseph!

450 people (9 times bigger than last year) marched in The Dalles!

Lane County – 200 people made their voices heard in Florence!