As we close out another year, we invite you to reflect on the incredible work of human dignity groups across rural Oregon in 2017. Click here to make a tax deductible year-end donation to support organizing in rural communities.

In 2017, Rural Organizing Project reached across boundaries and borders to build the movement for human dignity. Two delegations of rural Oregonians traveled to Standing Rock in the dead of winter to build structures and build relationships between rural frontline communities. When immigrants and refugees detained in a public jail in the Columbia River Gorge went on hunger strike demanding humane conditions, we supported organizing inside and outside to amplify their demands, exposed the retaliation they experienced for going on strike, and celebrated two strike victories! Dozens of communities took their values to the streets, in January around inauguration day, rallying in support of Deferred Action for Childhood Arrivals (DACA), and in solidarity with the people of Charlottesville, connecting the dots to the occupations by paramilitaries in rural Oregon communities. After the election, we connected with and shared resources with rural organizers in over 25 states. ROP is officially 25 years old, and we look forward to building more capacity for resistance and justice in 2018 and beyond. 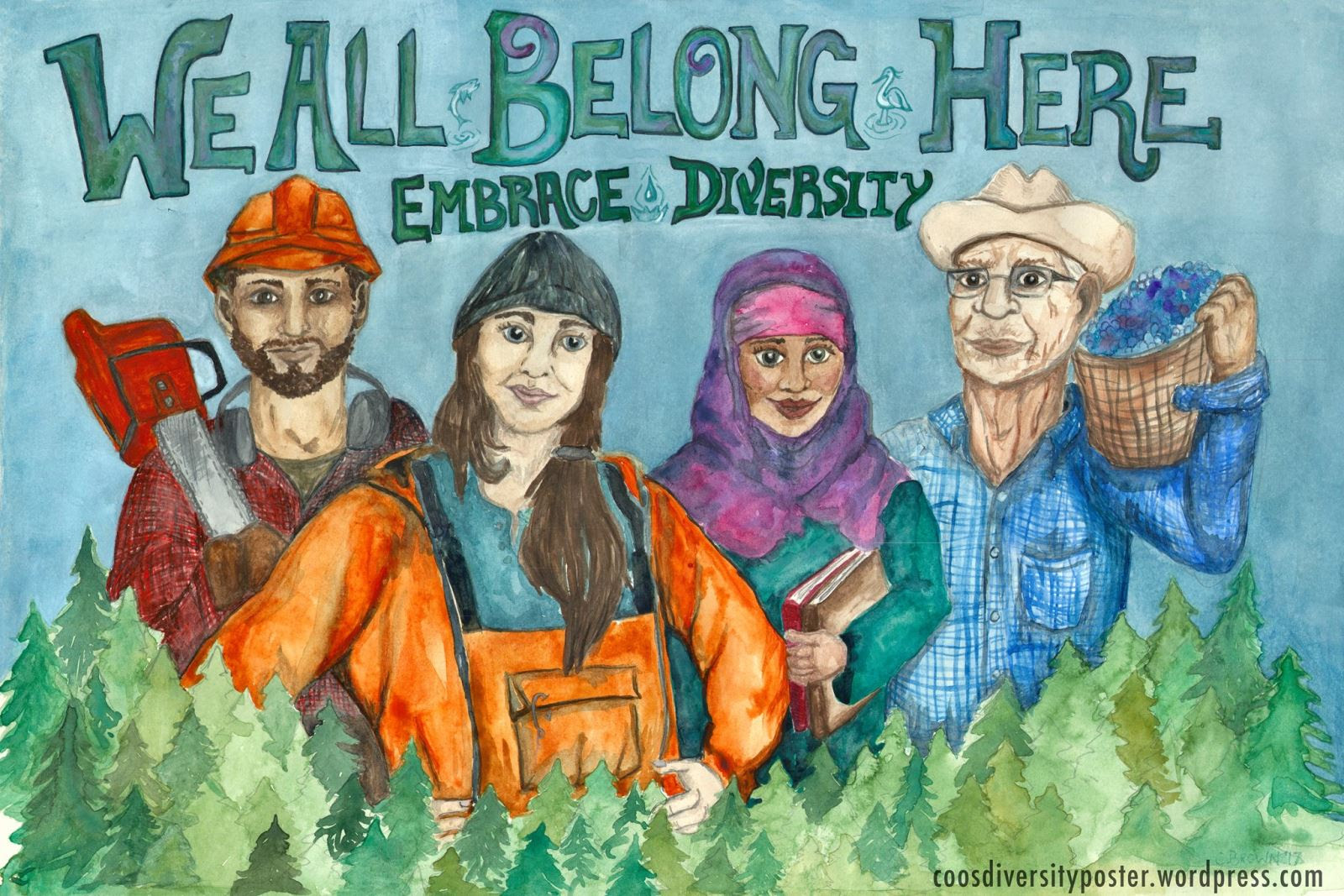 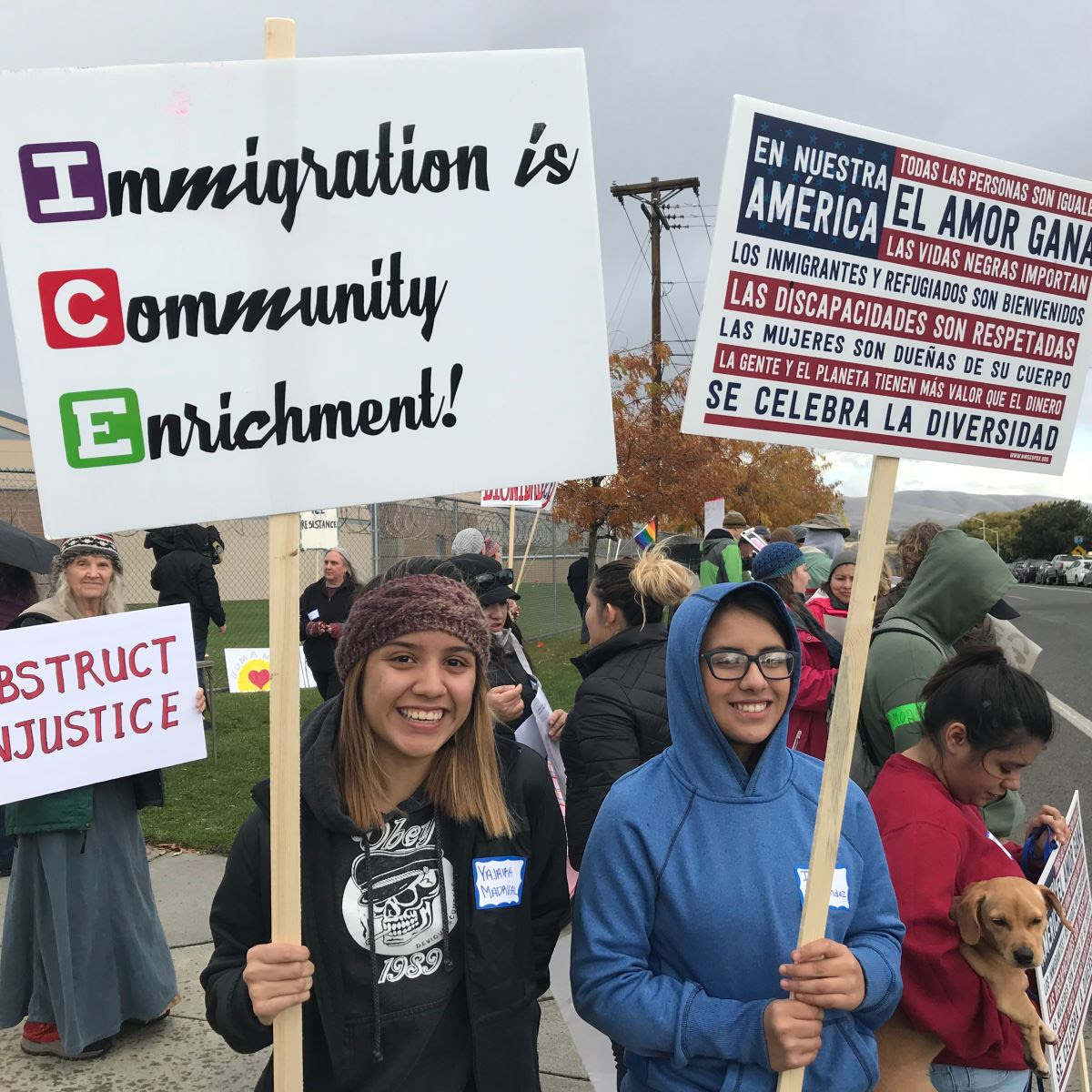 In the lead up to and following the election, rural Oregonians gathered in living rooms, libraries, and community centers to respond to escalating vigilante violence and to build community so that every neighbor can live their lives with safety and dignity. Communities across the state have organized when our LGBTQ neighbors were targeted, immigrants and refugees were profiled by Immigration and Customs Enforcement, and when white nationalists leafleted, eager to recruit. Individually and collectively, rural people are joining together to build safe and welcoming community for all.
As immigrant and refugee communities experienced rising vigilante and state violence, rural Oregonians have hosted ROP’s Know Your Rights and Know Your Roles workshops to dive deep into how immigrants and allies can organize to defend their rights. ROP convened Rapid Response Strategy Sessions to build community infrastructure that responds to reported Immigration and Customs Enforcement activity, detentions, deportations, and the aftermath of families being torn apart.
From Union County to Coos County, rural groups are leading local Welcoming Community campaigns that promote a vision of inclusion and community over fear and division. “We All Belong Here,” Coos County’s poster campaign, encourages local businesses to place posters in their store windows to spark conversation about building community where everyone feels safe and welcomed.
Towns across Oregon passed Inclusion Ordinances affirming their communities’ commitment to uphold Oregon’s state law prohibiting the use of state and local resources to enforce federal immigration policies. Community members from Monmouth to Madras packed city council meetings to share stories about why it was essential that their town declare themselves a safe and welcoming place for everyone.
Rural Oregon Takes Action 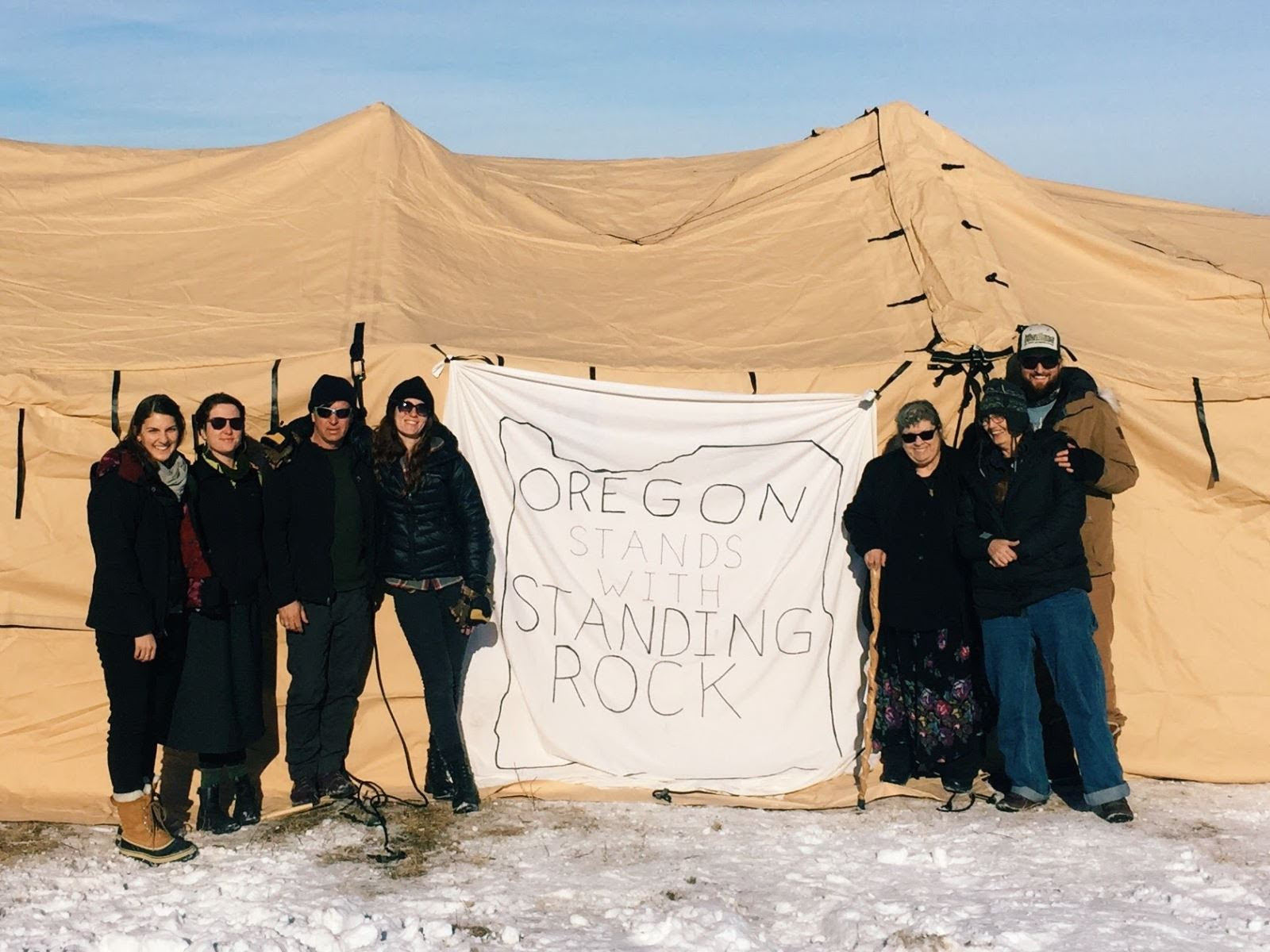 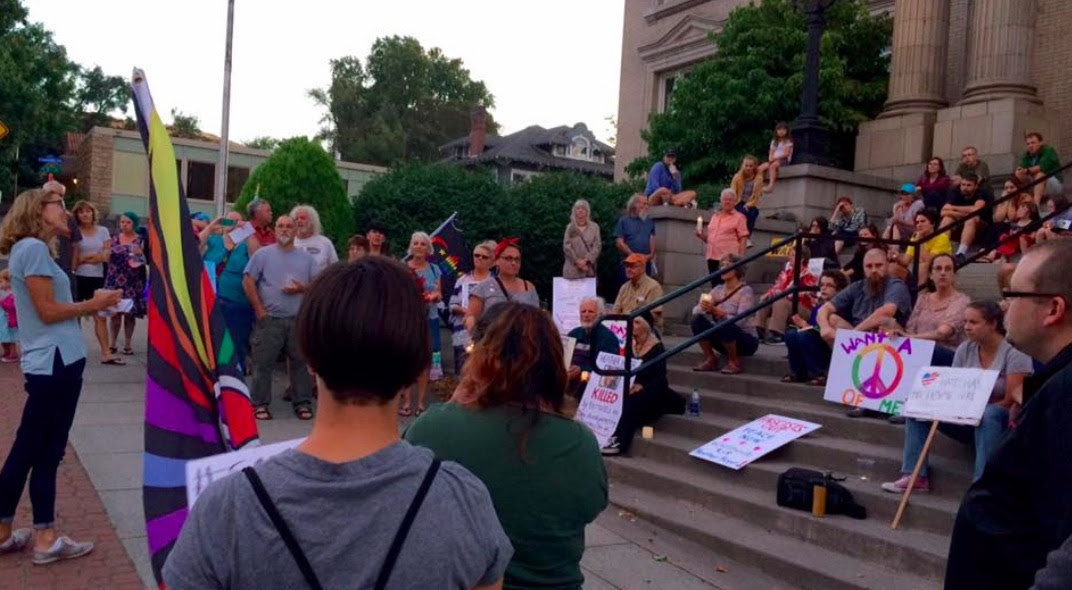 Inauguration Actions:
Thousands of rural Oregonians marched on inauguration weekend to publicly demonstrate our commitment to human dignity, justice and inclusion over the politics of fear and division.
Standing Rock:
Two delegations from ROP went to Standing Rock with supplies and donations, built kitchens and helped with infrastructure projects.
Charlottesville:
Demonstrations in solidarity with Charlottesville were held in over a dozen rural counties.
DACA:
After the Trump administration announced the end of DACA, rural Oregonians held vigils, rallies and information sessions.

Rural Caucus & Strategy Session: In June, a record-breaking 165 people representing 31 of Oregon’s 36 counties gathered for ROP’s 26th annual Rural Caucus & Strategy Session where we reflected on the previous year and planned for the next. The 2nd annual Rural Organizing Institute offered rural organizers and community leaders the opportunity to dig into grassroots organizing, strategic communications and messaging, and Rapid Response Teams.
Who is the Rural Organizing Project?
ROP builds movement power for human dignity and justice in small town and rural Oregon. Our heart and soul are the network of more than 70 all-volunteer, autonomous groups across the state organizing their communities for self-determination, taking action for fairness and democracy.
We connect leaders and groups through collective action to promote inclusive democracy, to organize for racial and economic justice, and show up together for LGBTQ rights and immigrant fairness. We have a 25-year history of organizing toward a vision of rural and small town Oregon as a place where all can live their lives fully with dignity and safety.
More than 70 human dignity groups in our network are building the rural movement for justice across our state. A few highlights from local organizing in 2017: 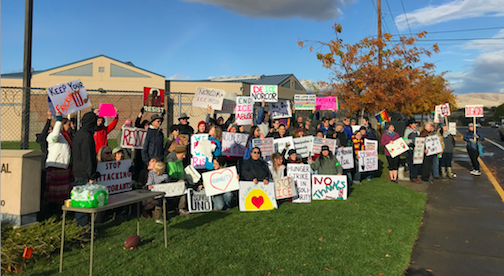 Thank you to all the courageous human dignity leaders across rural Oregon that make this work possible.

Here’s to a powerful and impactful 2018!