Skip to content
We are three events into our statewide tour of “Beyond Burns: the Growing Patriot Movement in Oregon” and the response has been overwhelming.  At every stop, we have packed the room! 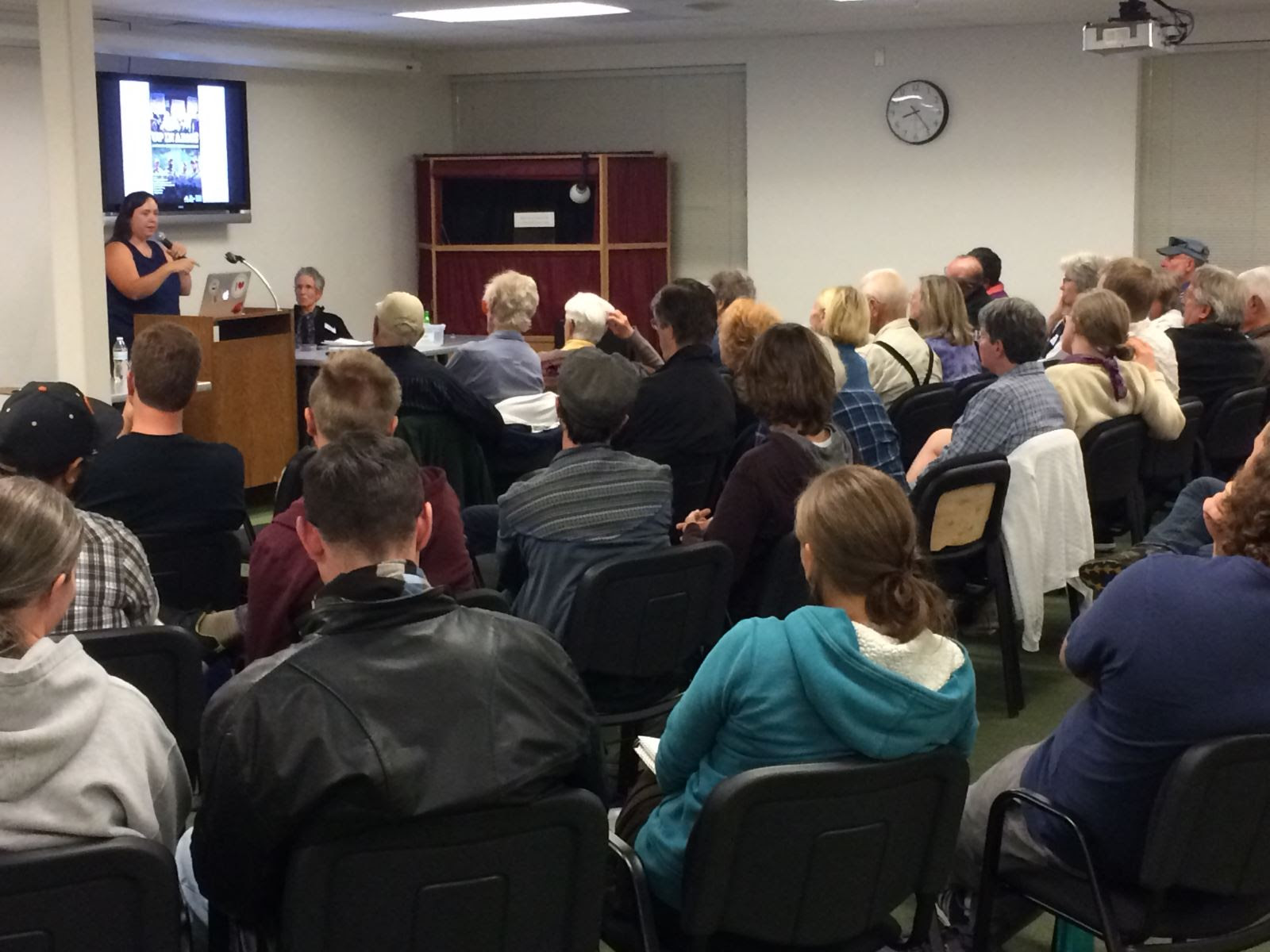 Over 50 people from Columbia County joined us on Thursday to learn more about the economic and political roots of the “Patriot” movement in Oregon, and to discuss how we can be meeting the insecurity and vulnerability our communities are feeling.  The audience of “Beyond Burns” was made up of longtime local activists and folks who were at a political meeting for the very first time.  One attendee shared that she had been following the “Patriot” movement since Burns, and was frightened by it, but also wanted a safe space to discuss what she was seeing where she wouldn’t have to worry about retaliation.  This was her chance to connect with others and find ways to take action.

Members of Columbia County Coalition for Human Dignity spent the majority of the conversation discussing patriot activity in their community and sharing examples of local organizing in response.  Just last month when so-called “Patriots” attempted to pass a “2nd Amendment Preservation” resolution at the Columbia County Commission, a half dozen local leaders showed up to voice their opposition to the resolution.  Several county commissioners were emboldened to speak out against the narrow use of the Constitution and personally thanked members of CCCHD for being there.  Inspired by this story, attendees of the “Beyond Burns” event are meeting again at CCCHD’s monthly meeting to plan next steps to counter “Patriot” organizing and address the real needs in their communities. 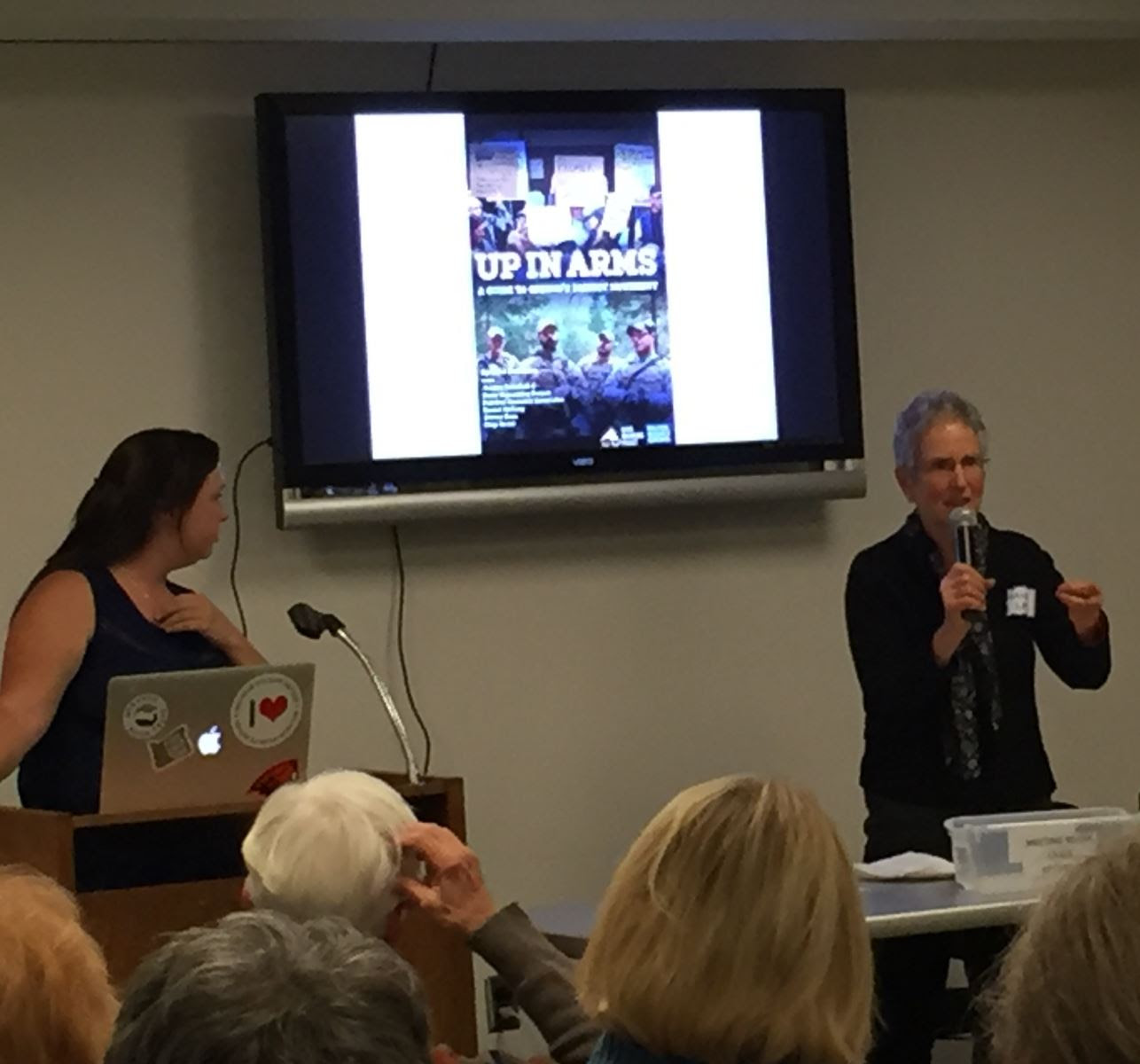 On Friday, over 50 people came together in Albany.  A cross section of groups in Linn and Benton Counties, including student groups, peace groups, and racial justice groups, attended to build connections.  A key theme coming out of the event was the desire to respond to the threatening politics of the patriot movement by moving a statewide agenda that addresses the lack of infrastructure in rural Oregon – from public libraries to 24 hour 911 service.

Nearly 75 people joined us yesterday in Eugene.  Many folks were surprised to hear about the myriad of ways that militias are organizing in both urban and rural areas.  At the close of the event, we discussed the ways that urban communities can work in solidarity with rural communities, and how we can strengthen networks to resist both explicit and veiled racism in Lane County.

After these first three events, we are inspired and moved by all who are strategizing around how we can organize to meet their community’s’ basic needs, to build with their neighbors who are also fed up with our lousy economies and the lack of responsive political leadership, and to resist the threats and intimidation tactics of the “Patriot” movement.  We are more committed than ever to continue this work to build stronger, healthier and safer communities for everyone, no matter where you live.

Please join us at one of the upcoming events, listed below!
Stay tuned for more blogs from the road!  Watch ROPnet tomorrow for the official release of our toolkit, Up in Arms: A Guide to Oregon’s Patriot Movement.

Beyond Burns: the Growing Patriot Movement