We are on the last leg of our tour, traveling through the high desert and pine forests of Eastern Oregon. We love it out here! On Friday and Saturday we visited Grant and Baker Counties where community members packed the rooms to learn about the impacts of the Patriot movement statewide and within their own communities. We are visiting with rural organizers who are working with their neighbors on the frontlines of the Patriot movement. 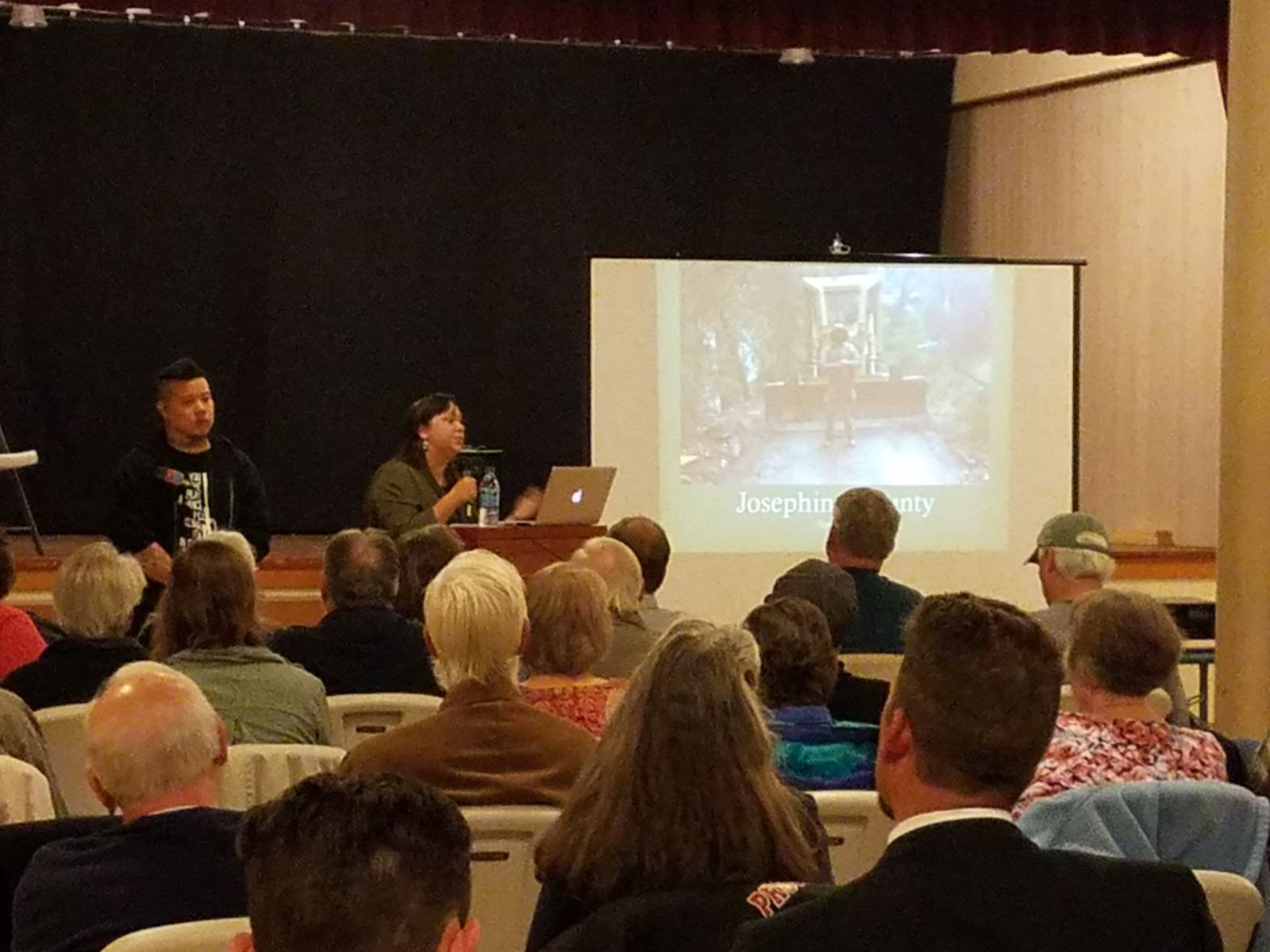 Despite a homecoming football game underway across the street, 70 people filled a hall in Canyon City, Grant County on Friday night. Dozens of people came early, and more lingered after the presentation to continue meeting to discuss the political atmosphere with friends and neighbors. While there were several Patriot Movement leaders in attendance, the atmosphere was notably warm and social. People in Grant County are hungry to break their isolation and talk about what is happening in their region!

Yesterday, we were hosted by Panhandle Community Alliance and Baker County People for Human Dignity at the Baker City Library. With over 40 in attendance, folks from across Baker County crowded in for a presentation and community conversation about the ways that the Patriot movement is organizing in their small towns, what folks can do to address the real needs in their community, and how community organizations in the region have already responded. 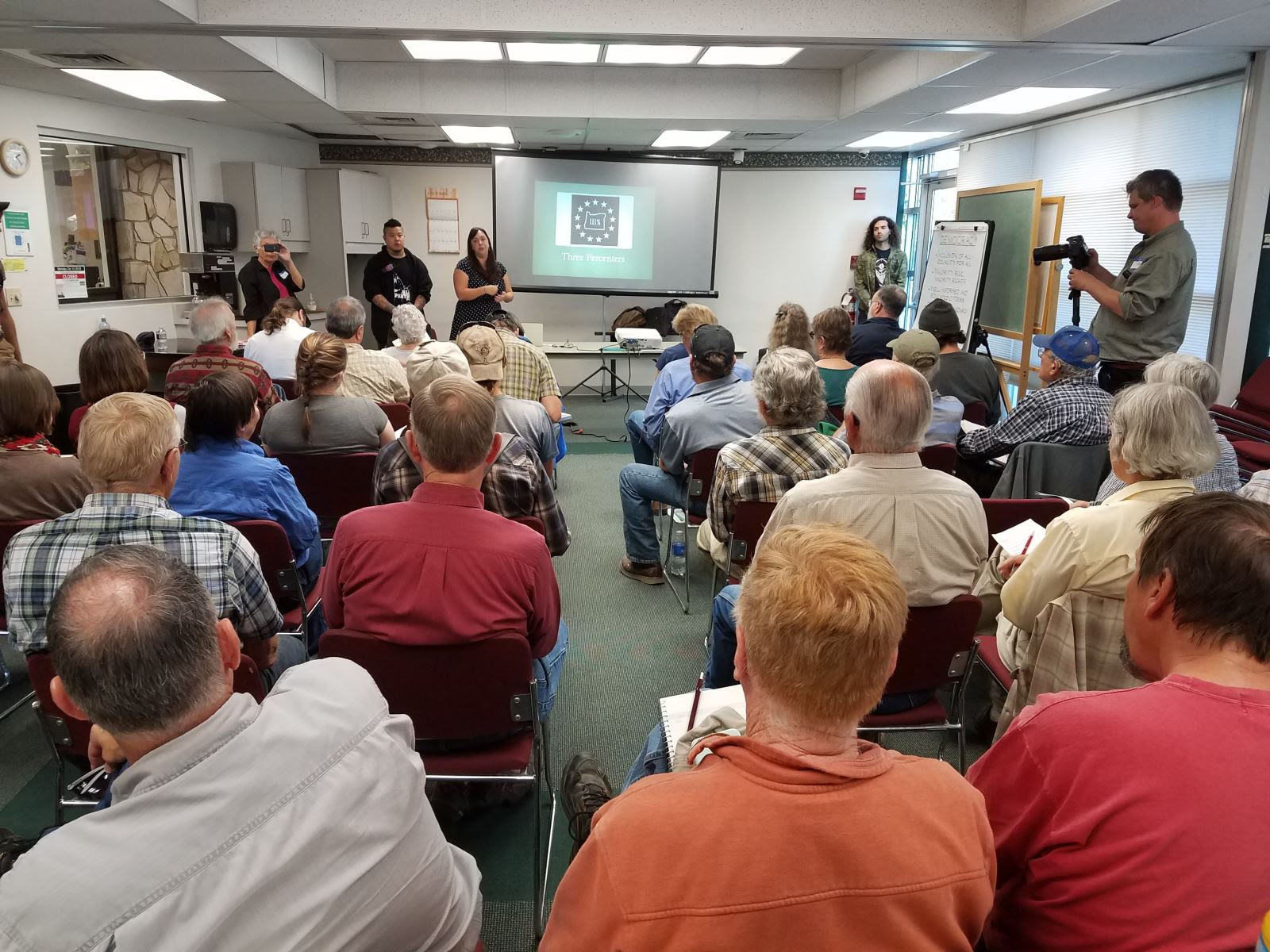 During the group discussion, community members expressed frustration about the economic stagnation in their area. While folks in Halfway are proud of the way their school system supports the personal growth of area youth, they noted that most young people have to leave the area after graduation to find education and living wage jobs. There is a desire among some people in the county to reinvigorate the logging industry as a way to meet economic needs, but one Baker County resident said, “it won’t do, the mills are too far away now!” A question that arose was: how can we talk about these issues with everyone in our community — including people we view as political opponents?

Six members of the Baker County Patriot movement joined us yesterday. We were alerted to Facebook chatter among Patriots who attended previous stops who claimed that ROP and local hosts are not allowing for any discussion (which, if you know us at ROP, you know that isn’t true). Baker Patriots talked big online about showing up for the conversation –some suggesting they would give us a piece of their mind — but when the event opened up for discussion, every single Patriot stood up and left at once.

After the event wrapped up, two police officers arrived and explained that someone with a local militia group called them, suggesting that our security team might be carrying weapons. The irony was not lost on any of us, and the police were not pleased, even mentioning that the “open carry guys” creep them out.

Everywhere we visit, we are hearing that many people are nervous, even frightened, to attend meetings and political events in their communities. The tour has a been a welcome opportunity to bring this issue out of the shadows and talk openly about the ways that the Patriot movement is often speaking for and dividing small town Oregon.

Join us for one of the events for our remaining tour stops: