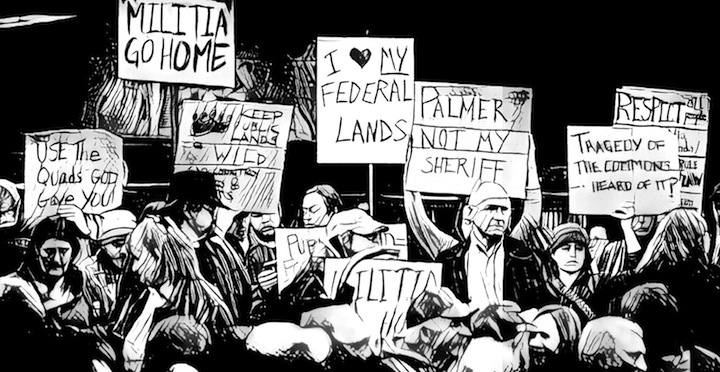 You are invited! Join us for:

The recent acquittal of seven of the occupiers of the Malheur National Wildlife Refuge has shaken many rural communities across Oregon who have been frontline to the violence and intimidation posed by militias.

Join us for a presentation by the Rural Organizing Project on what the Patriot movement looks like in Oregon and across the country. We will learn the political and economic roots of the Patriot movement, how Patriot groups and paramilitaries recruit, and the disruption Patriot groups have caused in communities across the state, including Harney, Grant, Josephine, Crook, and Baker Counties. We will discuss these developments in context with current events at Standing Rock and Black Lives Matter movements across the country.

A panel of organizers will will discuss the differences between real and imagined commonalities that may exist between the militia movement and social justice movements like Standing Rock.

During the second half of the event we will have time for a brief discussion about the ways that more urban communities can ally with the people who are most impacted by the tactics of the Patriot Movement.