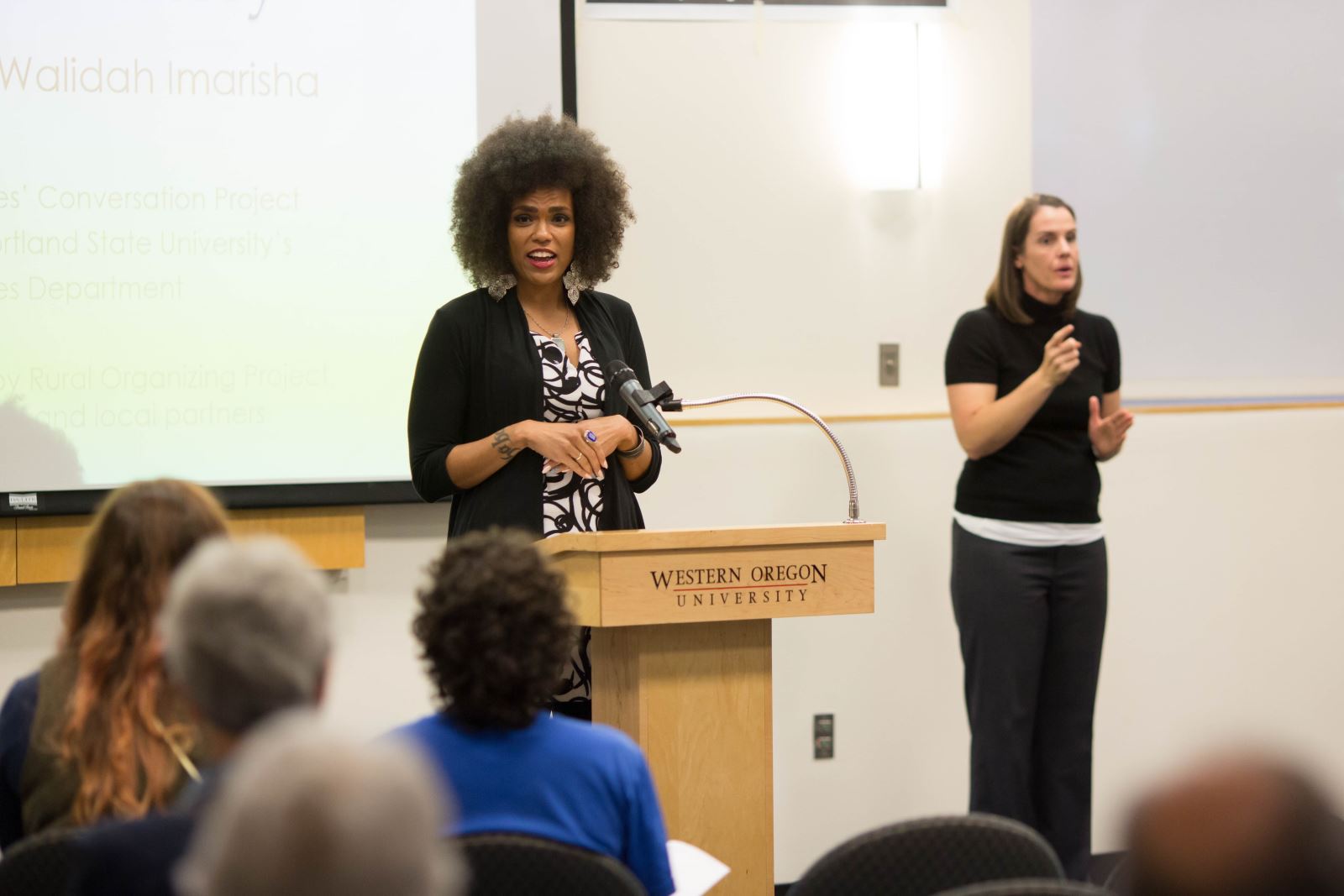 Wow! Over the last two weeks, more than 550 rural Oregonians showed up for “Why Aren’t There More Black People In Oregon?: A Hidden History,” presented by Walidah Imarisha.

From Cave Junction to Cottage Grove to Monmouth, and then La Grande to Prineville to Scappoose, crowds of 65 to over 200 people in La Grande showed up to learn more about Oregon’s hidden history. Together we explored ways we can organize to address the legacy of racially exclusionary laws that impact our communities to this day. We are so proud of the local human dignity groups and individuals in each community who made it all happen! We’d like to give a huge shout-out everyone who made phone calls to friends and family, helping pack libraries, auditoriums, and classrooms across the state. Right now, those same community members are busy planning follow-up meetings where folks will reconvene to discuss the organizing they can do to advance racial justice!

ROP is so proud to partner with Oregon Humanities to make this tour a success!

Check out photos and stories from the across the state below!

Want to keep the conversation about racial justice in rural Oregon going? Join us for the Rural Caucus and Strategy Session on May 14 in Bend! It’s the biggest day of the year for ROP; our entire statewide network of rural organizers and community leaders will come together to share stories and skills, build relationships and analysis, and advance plans to strengthen the movement for democracy and justice in rural and small-town Oregon.

All the best,
Morgan

Over 85 people showed up for the first tour stop, most of whom stayed longer to have a conversation rooted in next steps in the Rogue Valley. Questions included: how do you relate to this history? How do you see the legacy of this history today in Josephine County? What can we do locally to build communities where everyone can live fully with safety and dignity? Kudos to the Josephine County Racial Justice Working Group and Healthy U for organizing such a well-attended event! 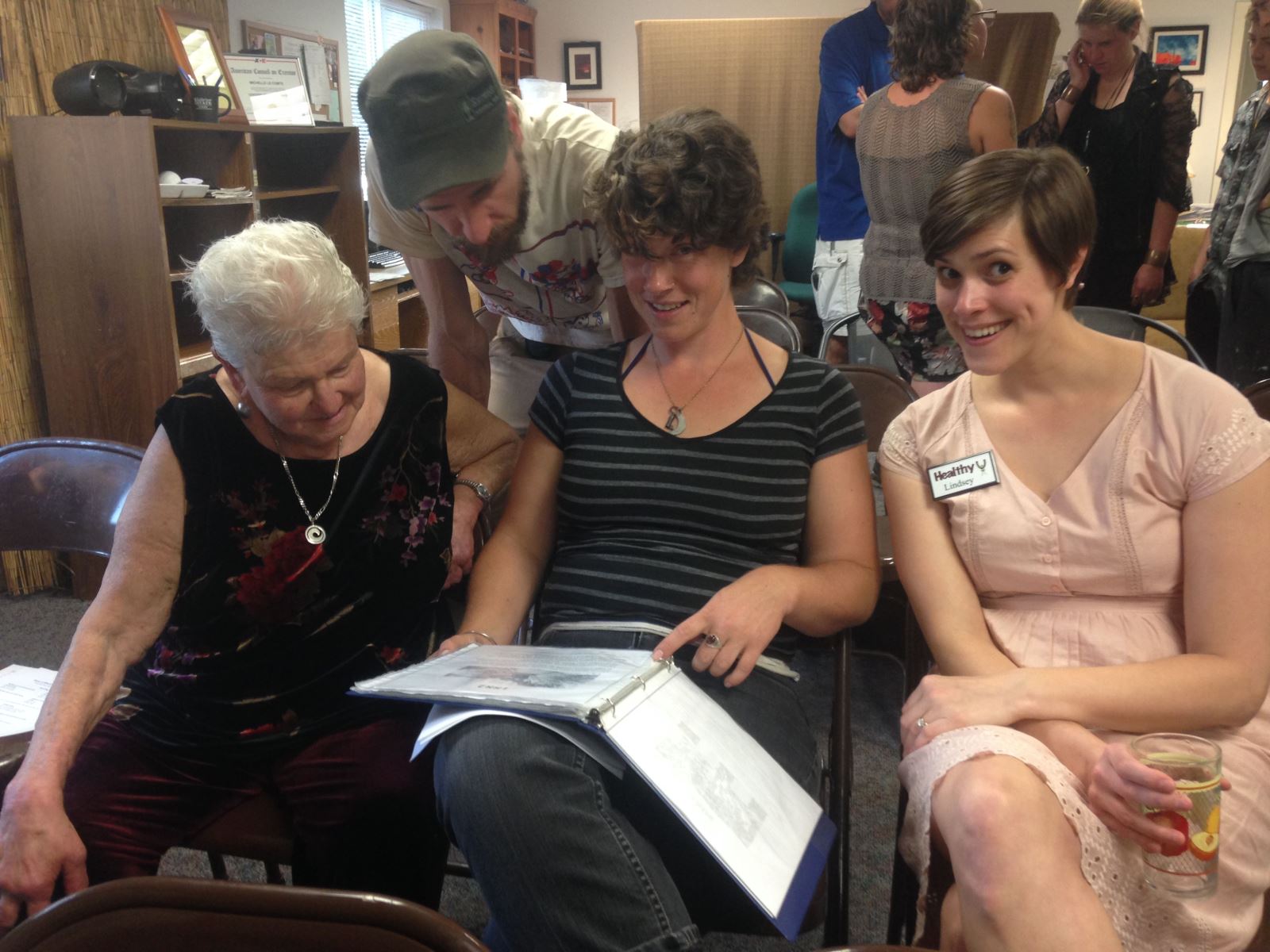 The event at the Cottage Grove Public Library was standing room only, bringing together seventy-five participants. For the full two hours, residents enthusiastically participated in the conversation project. Community members asked insightful questions about the legacy of racial exclusion in Lane County and came together to brainstorm how they could begin to address that history today. 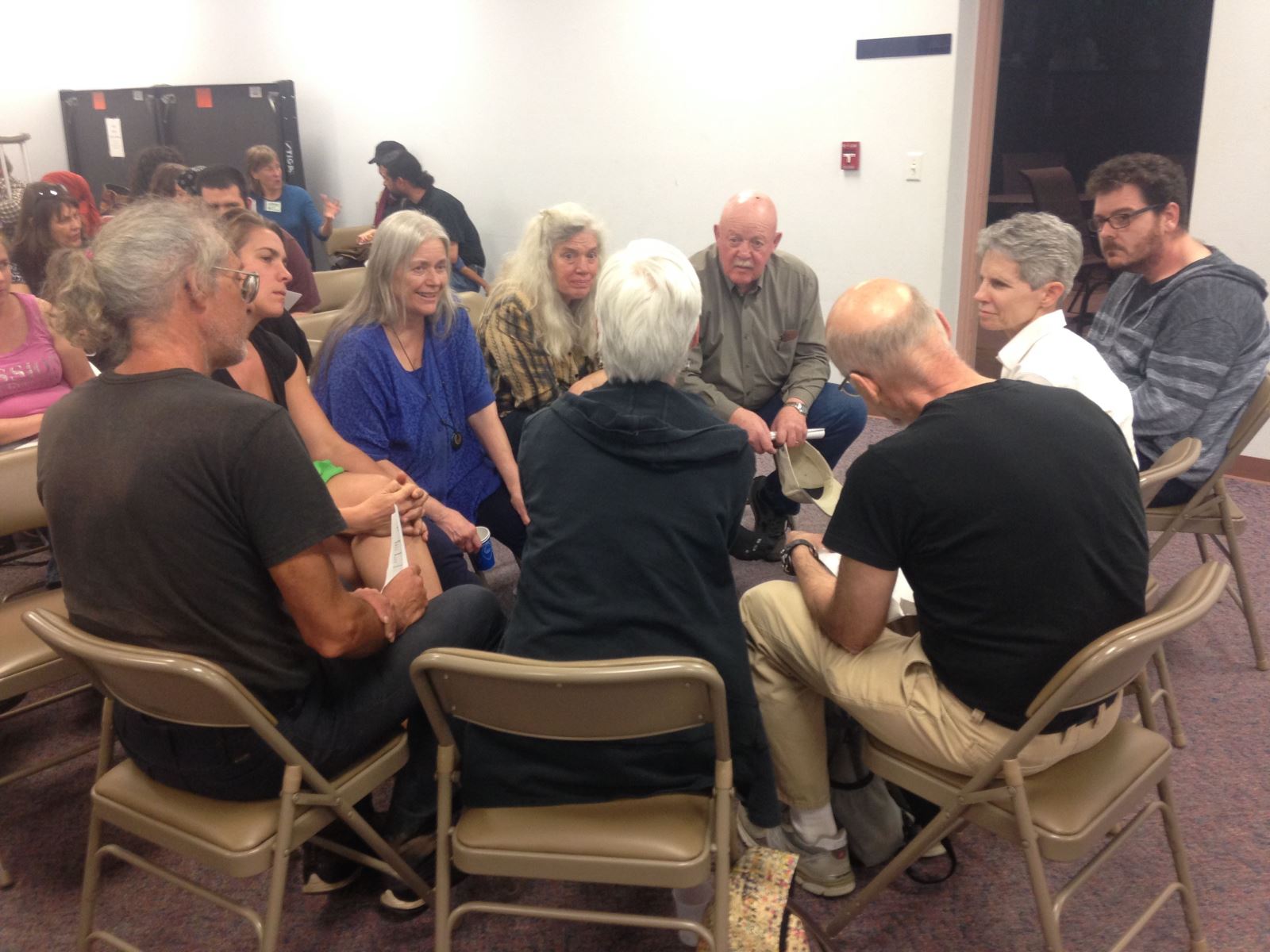 However, when leaving the event and heading to their cars, several program participants were surveilled, harassed, and threatened with physical harm.

This is an alarming trend both Rural Organizing Project and Oregon Humanities are seeing in our work about race across Oregon. Disruptions, threats, and acts of intimidation have been used to silence communities and shut down public conversation. And in this moment of great political polarization, we have become more committed than ever to creating spaces where people can come together despite their differences and engage in respectful, meaningful conversations about the difficult issues affecting all of our lives. The Rural Organizing Project and Oregon Humanities believe that bringing people together to think through tough issues like race and power is a necessary part of building strong, safe, and connected communities.

Right now in Cottage Grove, local leaders are working with community members to support those who were threatened and to organize next steps. Check out the Oregon Public Broadcasting interview with ROP about the threats in Cottage Grove and the disturbing trends we are seeing across the state.

Over 75 students and community residents took time out of their Saturday night to come together on Western Oregon University’s campus. The folks who attended the event asked questions about the legacy of racial exclusion in Oregon’s Constitution and the role of discriminatory lending in areas of their community where people of color have lived. Thank you to Polk Community for Human Equality, Black Student Union, and Western Compass for sponsoring the event! If you live in Polk County, you’re invited to attend a conversation about next steps on Sunday, May 15, 4:30 pm at Christ Church in Monmouth. 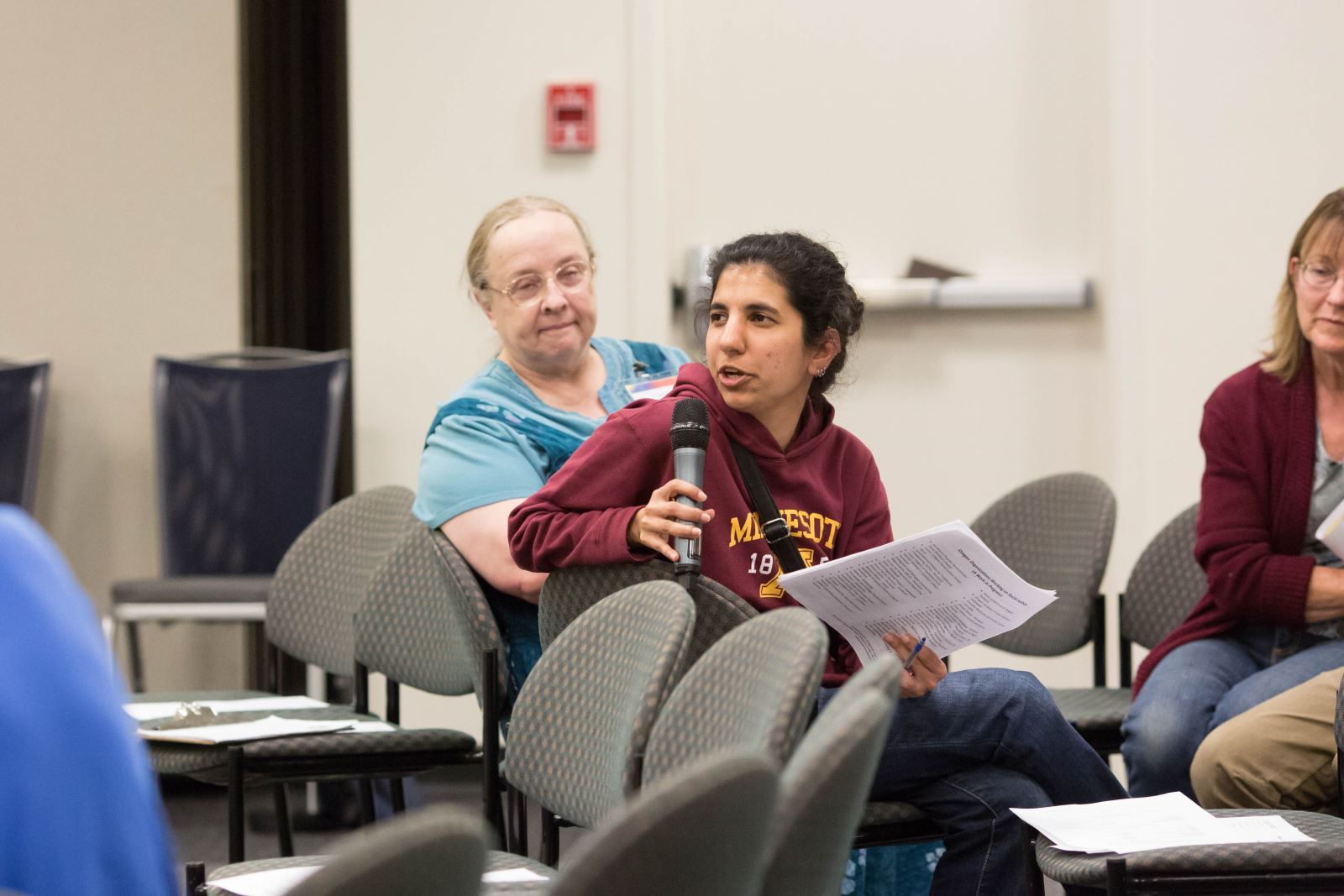 Wow! Over 200 people packed a large classroom at Eastern Oregon University, so many that more chairs had to be brought in! Students and community members explored the history of Oregon’s former Governor Walter M. Pierce, including his ties to the KKK and his promotion of discriminatory legislation. Students were quick to share that the campus library still bears his name. A big thank you to all of the event’s sponsors, including Oregon Rural Action, C.U.R.R.E.N.T.S. of Justice for Peace, Eastern Oregon University Multicultural Center, Black Student Union, MESA, SCMA, and Eastern Oregon Racial Justice. 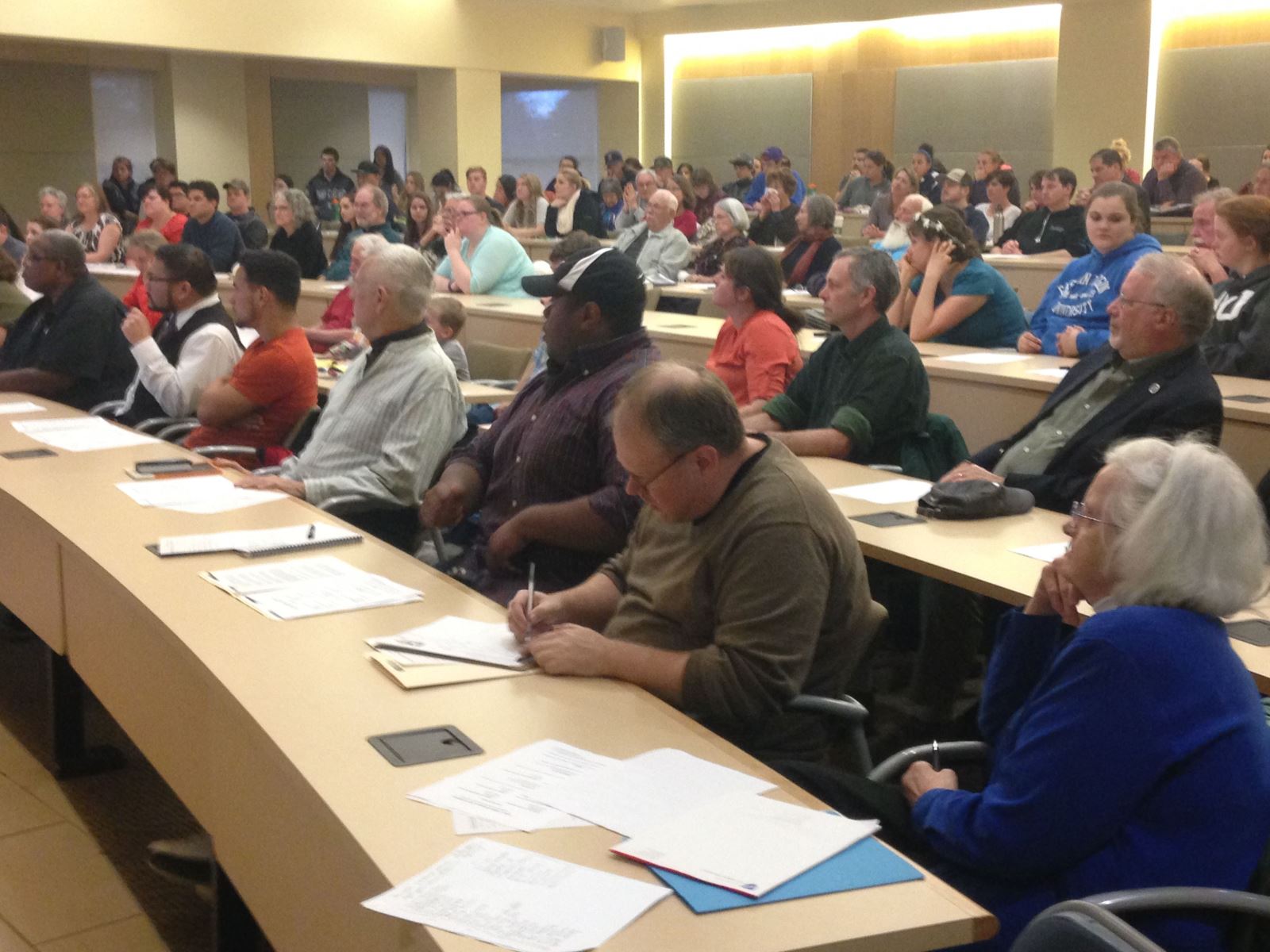 65 Crook County residents packed into the Prineville Library and jumped right into the conversation project. A big focus of the discussion was on how to make sure Oregon’s history of racial exclusion is taught in area schools. Residents are excited to keep the conversation going at the follow-up meeting, sponsored by the Human Dignity Advocates of Crook County on Monday, May 16 at 5:30 pm at the Prineville Library. Want to hear more? You can check out the highlights from this local television broadcast! 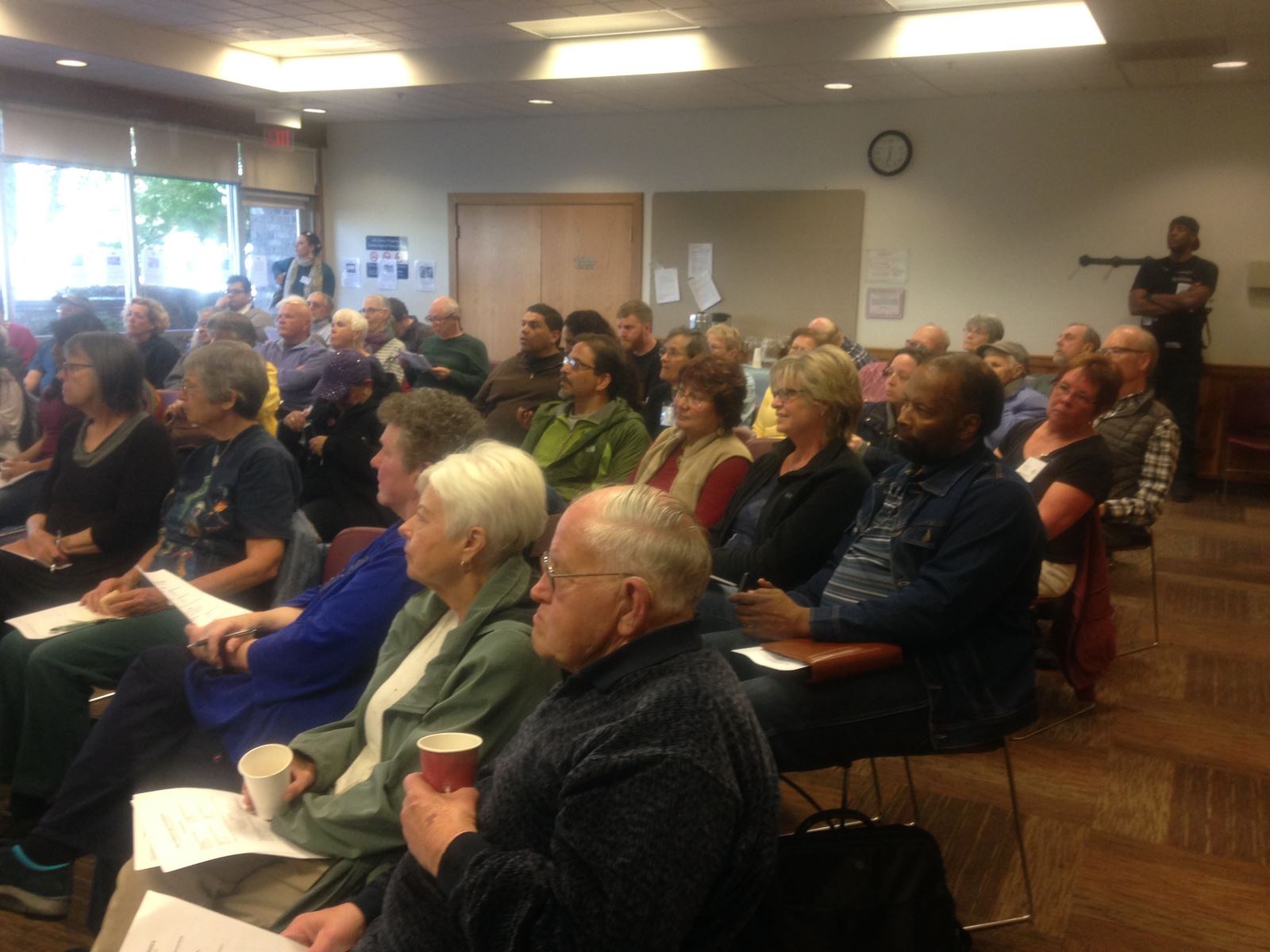 The last night of the tour, over 75 people packed into the Scappoose High School auditorium. Local teachers, students, and community members discussed the legacy of racial exclusion in their community and brainstormed actions they could take moving forward. Join them at the follow-up meeting on Thursday, May 5 from 6-7:30 pm at the Scappoose Public Library meeting room. 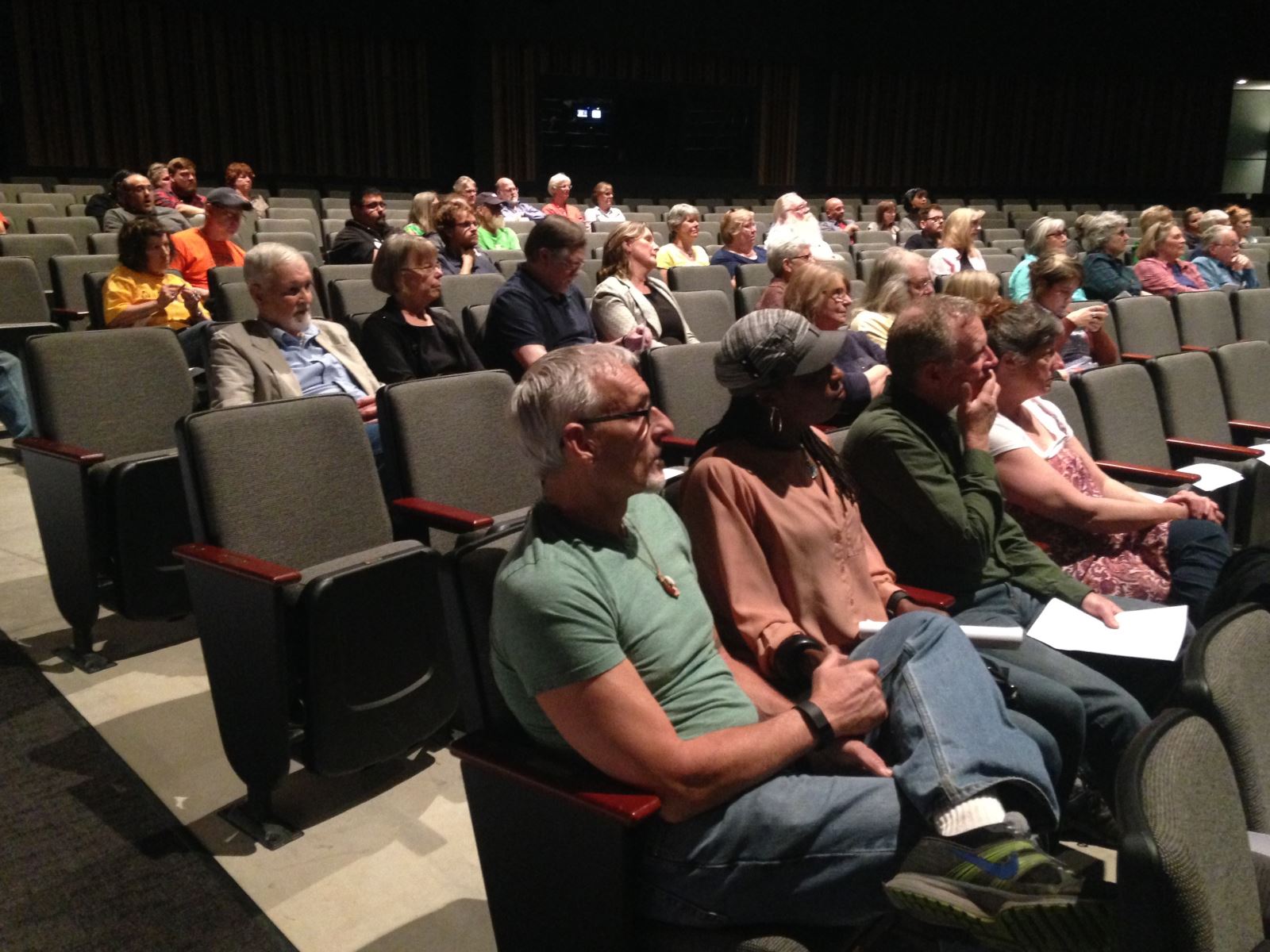