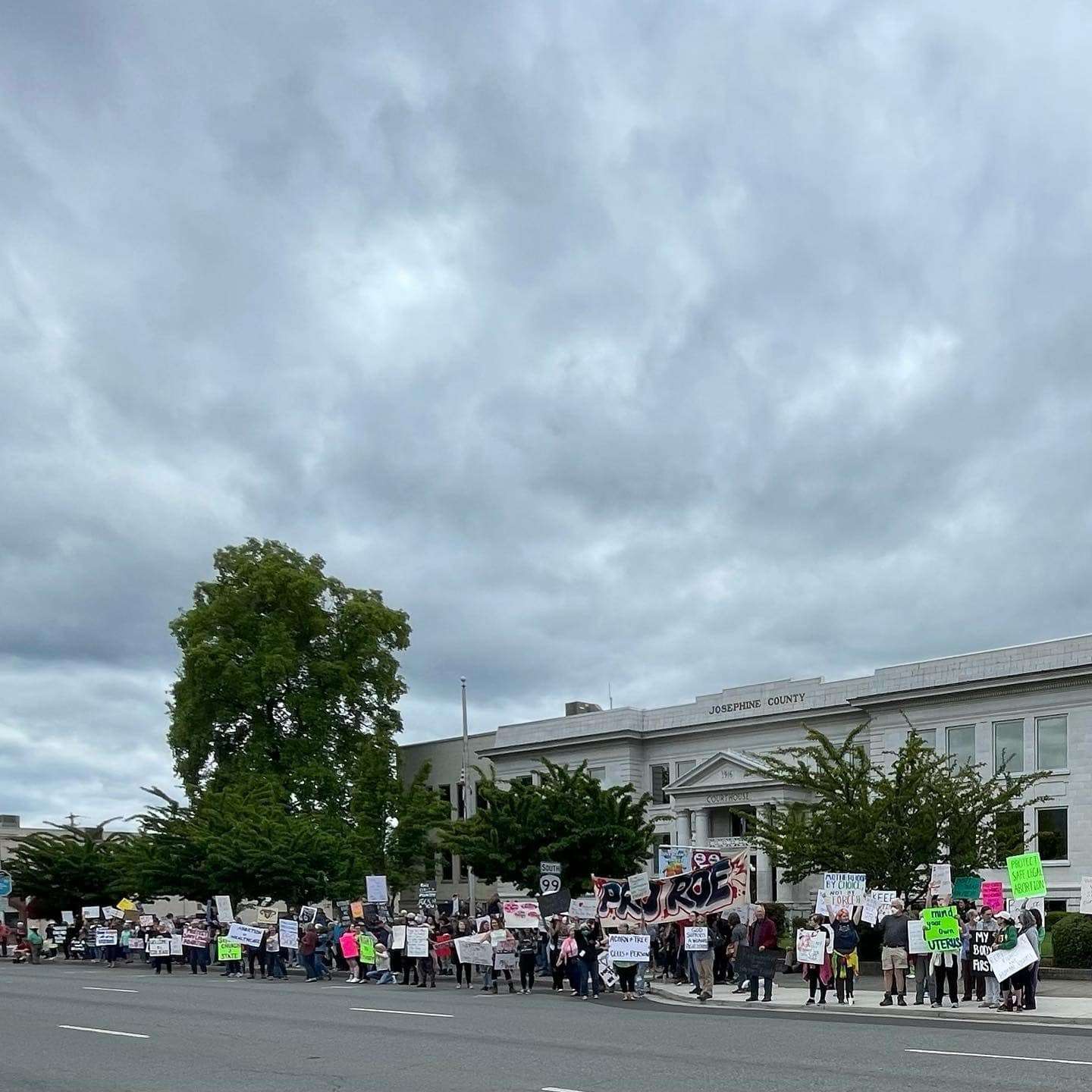 Human dignity groups from Crook to Curry Counties have defended their libraries and schools from attacks on curriculum and attempts to ban books. Redmond Collective Action hosted Let Freedom Read to share free books, food, and crafts while raising funds for the local library. Crook County leaders and groups like PFLAG Central Oregon defended student access to the county library and state-required history and health lessons in schools after both came under attack. Leaders coordinated with their neighbors to gather 157 petition signatures, write letters, and speak before the school board.

Human dignity leaders in Baker County defeated a resolution that would have committed the county to pay $2,500 to join the Constitutional Sheriffs and Peace Officers Association, a fringe organization that encourages law enforcement to choose which federal laws they follow. Baker County leaders spoke to the County Commissioners, testified in meetings, and wrote letters to the editor. The resolution was never brought to a vote.

More than 40 rural communities took public action for reproductive freedom after Roe vs. Wade was overturned. From Enterprise to Port Orford, new community leaders emerged to lead marches and speak at demonstrations for healthcare, calling attention to the dire need for services here in rural Oregon.

More than 80 Linn and Benton County community members converged for Protecting Democracy: Civics Circuit Training led by the Linn Benton NAACP. Together the community learned more about the core elements of a healthy democracy including local election security, maintaining civil rights, and the roles of elected officials from local experts such as the Oregon Department of Justice and election officers.

Human dignity groups established rural Oregon’s priorities by meeting with and keeping the pressure on Oregon legislators. This year the Oregon Legislature passed several of our priorities, including expanded funding for child care, broadband internet, farmworker overtime, legal representation for immigrants, and much more.

Before the election, groups in every county had neighbor-to-neighbor conversations in English and Spanish about the issues on the ballot using the STAND Election Guide. More than 50 human dignity groups knocked on thousands of doors, made calls, and organized candidate forums and ballot parties.

On June 25th, more than 120 rural Oregonians convened in Redmond for the 31st annual Rural Caucus & Strategy Session, the day after the Supreme Court overturned Roe vs. Wade. Together we reflected on the last three years of community building during COVID, built organizing skills, and planned for the year ahead.

Neighbors Showing Up for Neighbors

More than 40 groups in rural Oregon led their communities in crisis response, from running
free kitchens to helping neighbors rebuild after storms. In August, the town of Wallowa endured a severe hail storm that damaged homes and cars. Community members boarded up broken windows and rallied resources to make sure neighbors had food, supplies, and medical care. Organizers partnered with the Lostine Presbyterian Church to fundraise for repairs and transportation.

In Cottage Grove, ROP and dozens of partners coordinated a bustling multilingual hub in our Community Building Center that provided thousands of community members with culturally relevant food, vaccine access, and information about local resources. ROP supported Mam-speaking Oregonians to connect with the Oregon Worker Relief Fund, a fund set up by the Oregon Legislature to support migrant workers impacted by COVID.

Bridging Divides, Defending Dignity: How rural Oregonians have moved democracy forward since 1992! is a traveling bilingual exhibit created by ROP leaders to highlight lessons and inspiration from 30 years of organizing for democracy and human dignity.

The exhibit shares stories starting in 1992 when rural human dignity groups came together to defeat Ballot Measure 9, which would have created second-class citizenship for 2SLGBTQIA+ people. Those groups founded the Rural Organizing Project and we have been swapping strategies and resources to defend democracy ever since.

What is the Rural Organizing Project?

ROP’s mission is to strengthen the skills, resources, and vision of primary leadership in local autonomous human dignity groups with a goal of keeping such groups a vibrant source for a just democracy.

More than 70 human dignity groups and thousands of community leaders worked together to advance democracy in small-town and rural Oregon.